Unmanned technology is now very mature. From the current level of technology, if the complex traffic conditions in big cities become laboratory-specific patterns, there are standard vehicles and normal pedestrians in the scene. Then, without the steering wheel, the car that is driving automatically will be available at the moment.

The problem lies in how the car can know the complex traffic conditions in reality and how it can be as flexible as the human eye and brain. The key is to solve with a variety of sensor cooperation. They will eventually pass the monitored data to high-precision processors, identify roads, signs and pedestrians, and make decisions such as acceleration, steering, and braking. 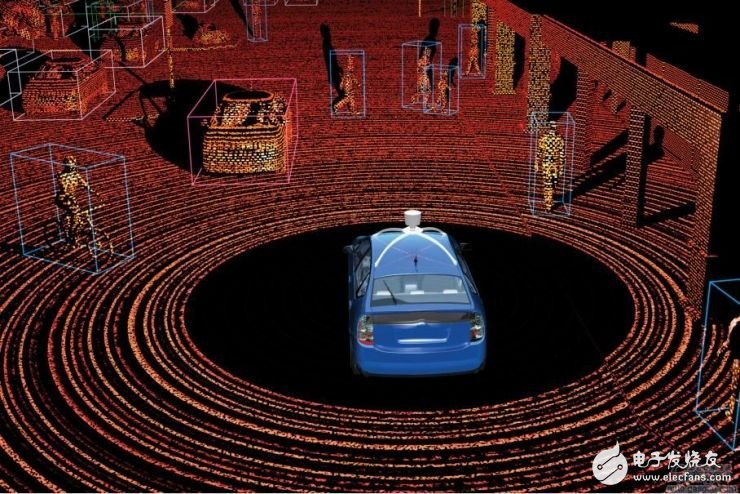 In the part of IntelliSense recognition, the vehicle optical system and the vehicle radar system are the most important to ensure driving safety. At present, the mainstream sensors for ambient sensing include Lidar, millimeter wave, and vision. Three sensors.

By scanning the laser reflected from an object to determine the distance of the object, a 3D environment map with an accuracy of up to centimeter can be formed, so it plays an important role in ADAS (Advanced Driver Assistance System) and driverless systems. From the current on-board lidar, mechanical multi-line laser radar is the mainstream solution, but it is not popular because of the high price.

On the road of the Baidu driverless car that was successfully tested on December 10 last year, in addition to the sensors such as millimeter wave radar and video, a 64-bit laser with a large volume of more than 700,000 RMB was placed on the roof. Radar (Velodyne HDL64-E), Google is also the same high-end configuration laser radar. The pros and cons of a car-mounted lidar system depends mainly on the performance of the 2D laser scanner. The more laser transmitter harnesses, the more cloud points are collected per second. However, the more harnesses represent the cost of the lidar is more expensive.

Taking Velodyne's products as an example, the price of a 64-line laser radar is 10 times that of a 16-wire bundle. In addition to the high cost of the laser radar, the performance of the smoke medium and the rain and snow weather will be constrained.

But as a core sensor, a low-cost solution will accelerate the arrival of driverless. At present, the manufacturers of high-precision automotive laser radar products are mainly concentrated in foreign countries, including Velodyne, Quanegy in the United States and IBEO in Germany. Domestic laser radar products are relatively backward. Zhou Shining, a senior executive of China Aviation Vehicle Systems Holdings Co., Ltd., said that foreign-owned parts and components companies such as Bosch, China, Valeo, Infineon and Delphi have already seized the commanding heights of ADAS technology, especially in In the market layout of sensors, China's auto parts companies have lost on the starting line.

The disadvantage is that millimeter-wave radars have very limited detection range due to wavelength, and they cannot sense pedestrians. Lidar can accurately model all obstacles around it. In order to overcome the shortcomings of different shortcomings, it is necessary for the vehicle to combine these sensors together.

The ADAS application camera is the main sensor because the resolution of the camera is higher than other sensors, and it can get enough environmental details to help the vehicle to recognize the environment. The car camera can depict the appearance and shape of the object, read the logo, etc. These functions are other. The sensor can't do it. From the perspective of cost reduction, the camera is one of the powerful candidates for identifying sensors. Of course, the camera is the best choice in all clear cases, but it is greatly affected by environmental factors and external factors, such as insufficient light in the tunnel, weather factors. The resulting line of sight is reduced.

The important tools for collecting image information, some of which are similar to road sign recognition, lane line sensing and other functional intelligence by the camera. At present, the application of the camera mainly includes: monocular camera, rear view camera, stereo camera or binocular camera, and binocular camera. According to the demand of more than 80 million new vehicles and bicycles with 6-8 cameras in the world in 2015, the overall demand in the future is expected. More than 600 million, corresponding to the market space of 100 billion.

However, Mobileye still occupied 90% of the market with several products. This Israeli company is equivalent to BAT in the local rivers and lakes. Algorithms and hardware are at the heart of the ADAS system and are the core competency of Mobileye. Mobileye stands at the top of ADAS and pulls out several streets from competitors. ADAS and traditional car vision products have different software technologies and hardware requirements. It is not easy for traditional car electronics companies to cut into the ADAS market. It takes at least three or four years for the domestic team to complete the initial technical accumulation.

Of course, in order to improve the accuracy of the environment, it is usually necessary to combine a variety of sensors to provide a stable and durable solution. The typical ones are millimeter-wave radar, laser radar and on-board cameras. Other ultrasonic technologies and infrared technologies, as well as algorithmic integration of these technologies, will bring a huge market to the sensor industry. However, there is no doubt that in the years when cars are fully intelligent, the sensor industry chain should be the first to gain.