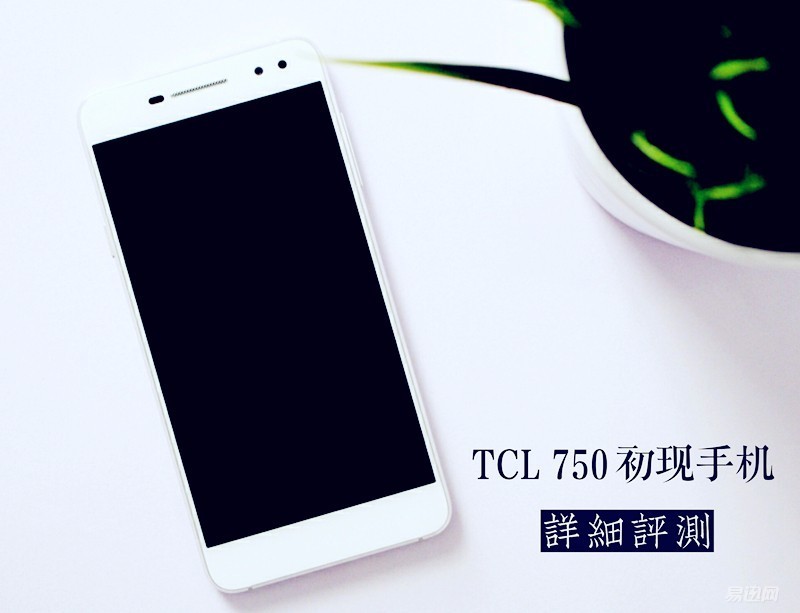 Time flies, youth is no longer. Only one heart that does not follow will continue to pursue the beauty of the first days. As a pseudo-wenqing, when I first met the TCL 750 propaganda poster, I was amazed by a fresh literary atmosphere.

As the latest masterpiece of TCL Corporation, the mobile phone is the main style of simple design. Whether it is the appearance of the mobile phone or the UI of the system, it reveals a clear range of artistic features. However, for mobile phones, light temperament is not enough, it is the key to good or bad. In the end this price of $ 1993 is the actual mobile phone experience? See the detailed evaluation of this issue! 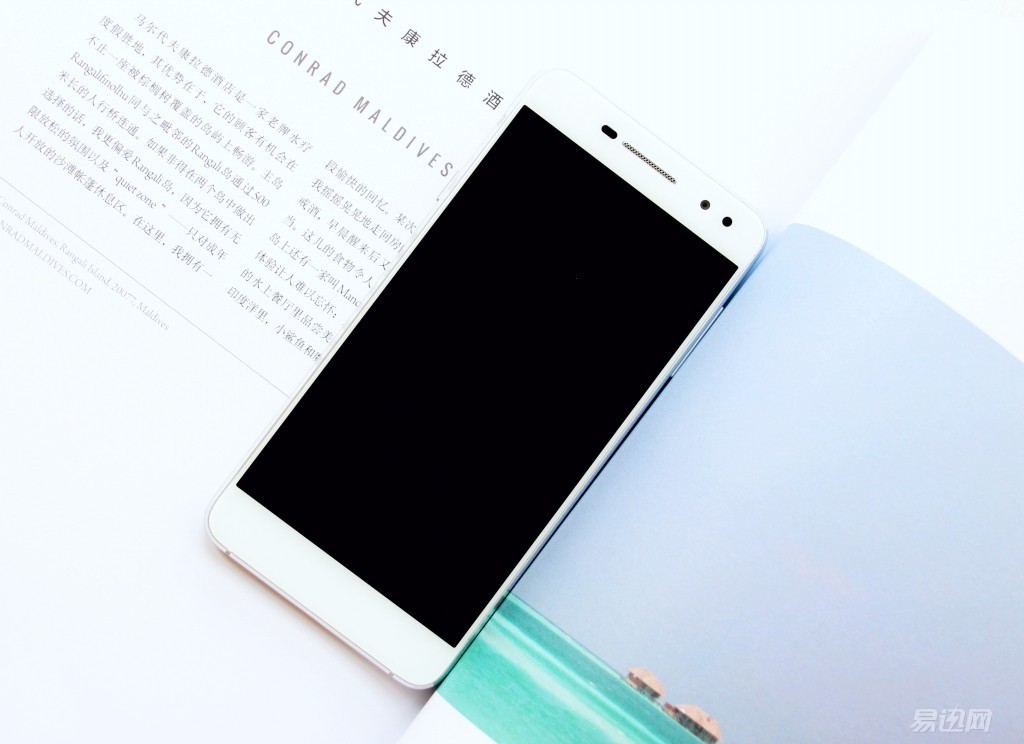 The appearance of the TCL 750 is very simple and it focuses on symmetrical designs. On both sides, white panels are used, and the surface is covered with 2.5D Corning glass, which is crystal clear and full of texture. 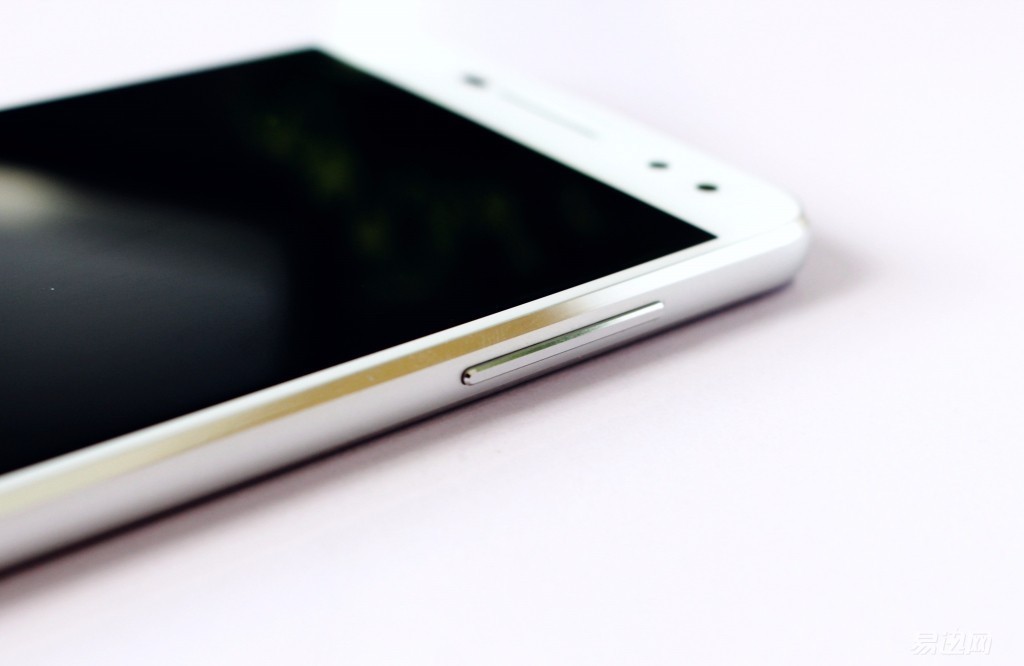 The zirconia ceramic sandblasting process was adopted in the middle frame of the mobile phone, and the chamfer design was made. It looked a little exaggerated, but the overall effect was satisfactory. There is a disadvantage in that the chamfered part is not wear-resistant, and the daily scratching easily leaves marks. The perfectionist suggests wearing a shell. 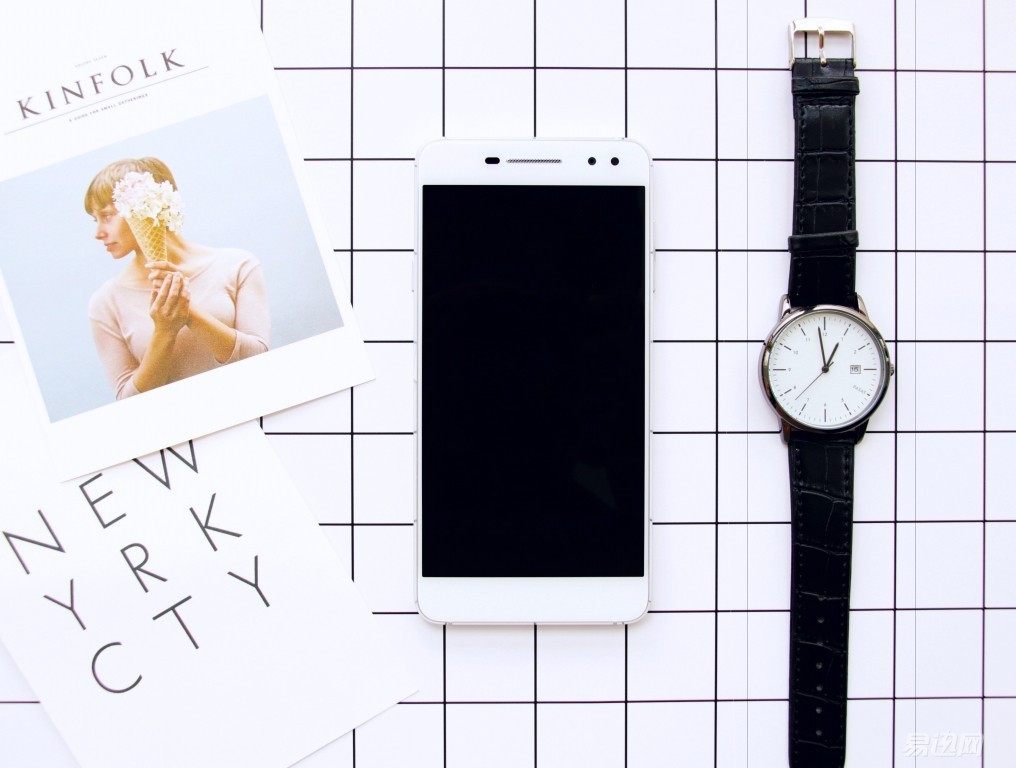 At the top of the screen there are receivers, front camera, distance sensors and other openings. In the top left corner, an LED notification light is also hidden. There are no physical buttons at the bottom of the screen. The traditional three King Kong keys are hidden in the screen, so the whole screen looks very clean when the screen is blanked out. 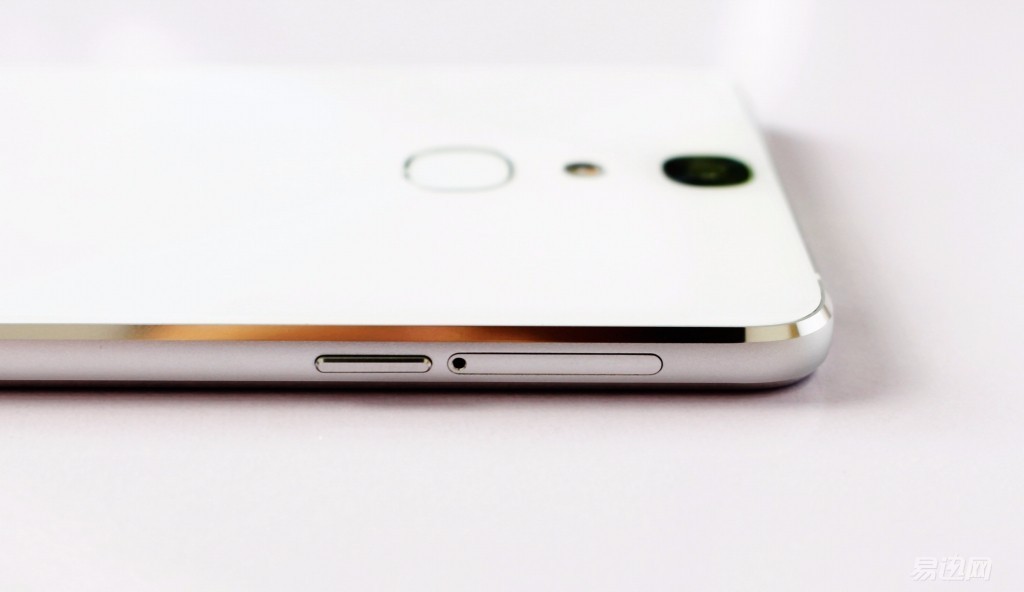 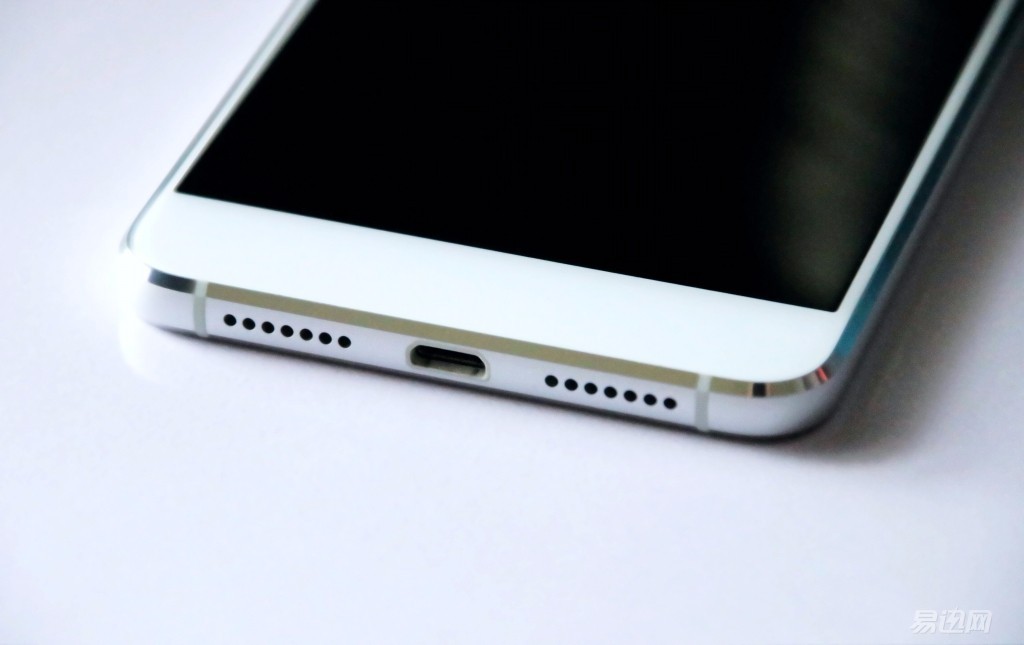 The bottom of the fuselage is a two-sided speaker and a standard USB interface. Its bottom design is very symmetrical, including the layout of the speaker and antenna, it looks very comfortable, unfortunately the aircraft is not equipped with USB Type-C interface. 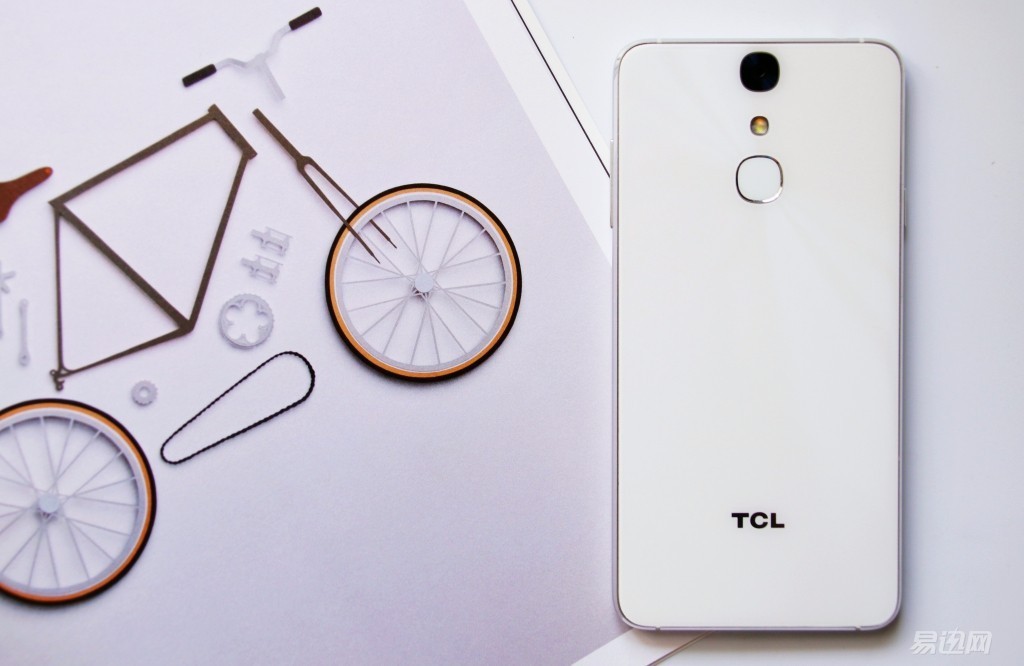 The back of the fuselage adopts an obscure design, which can show ""CD lines" under the light, and it seems to be full of force. The rear camera and fingerprint identification area are also symmetrically distributed, with a bi-color temperature flash in the middle and only one TCL underneath. Logo. 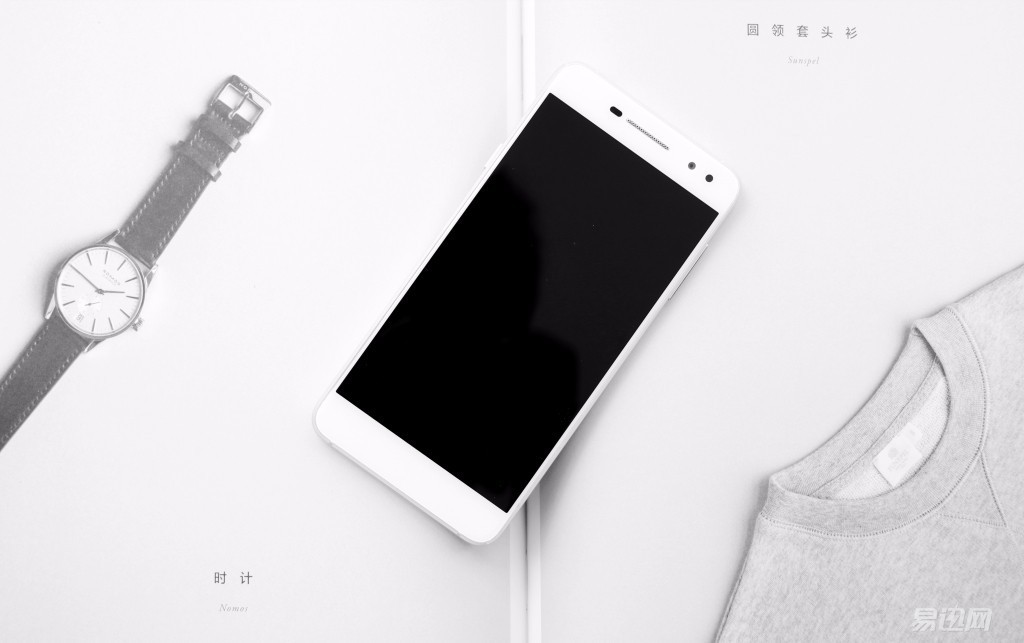 In short, TCL 750 looks elegant, elegant and simple, in line with its "literary youth" position. 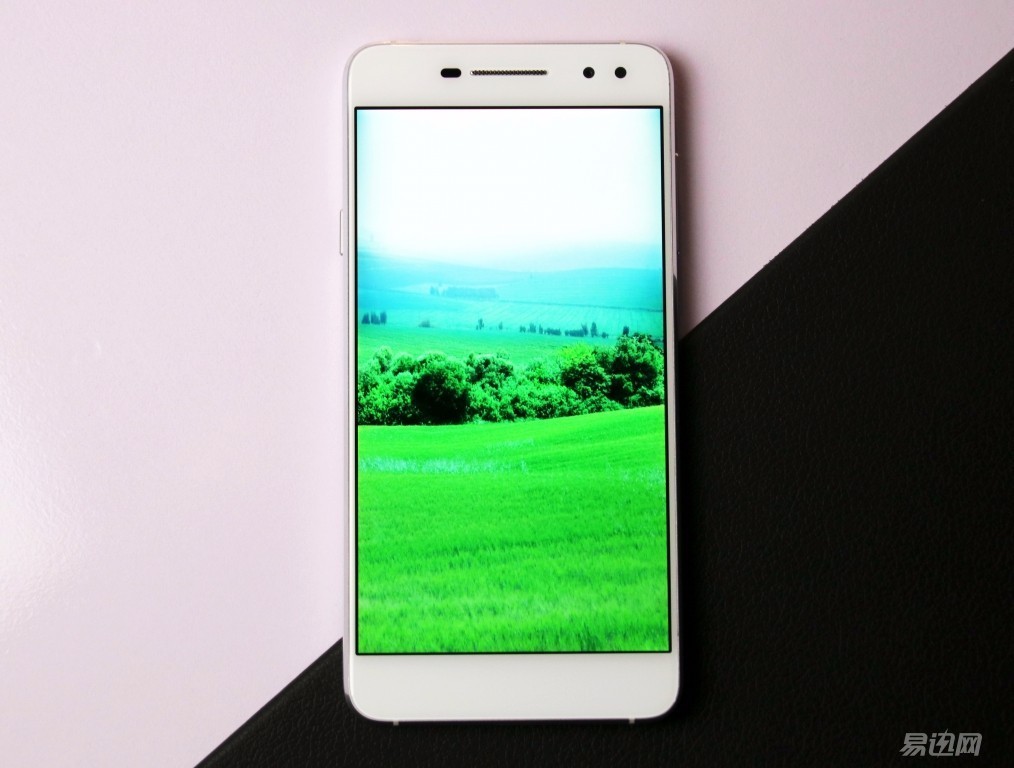 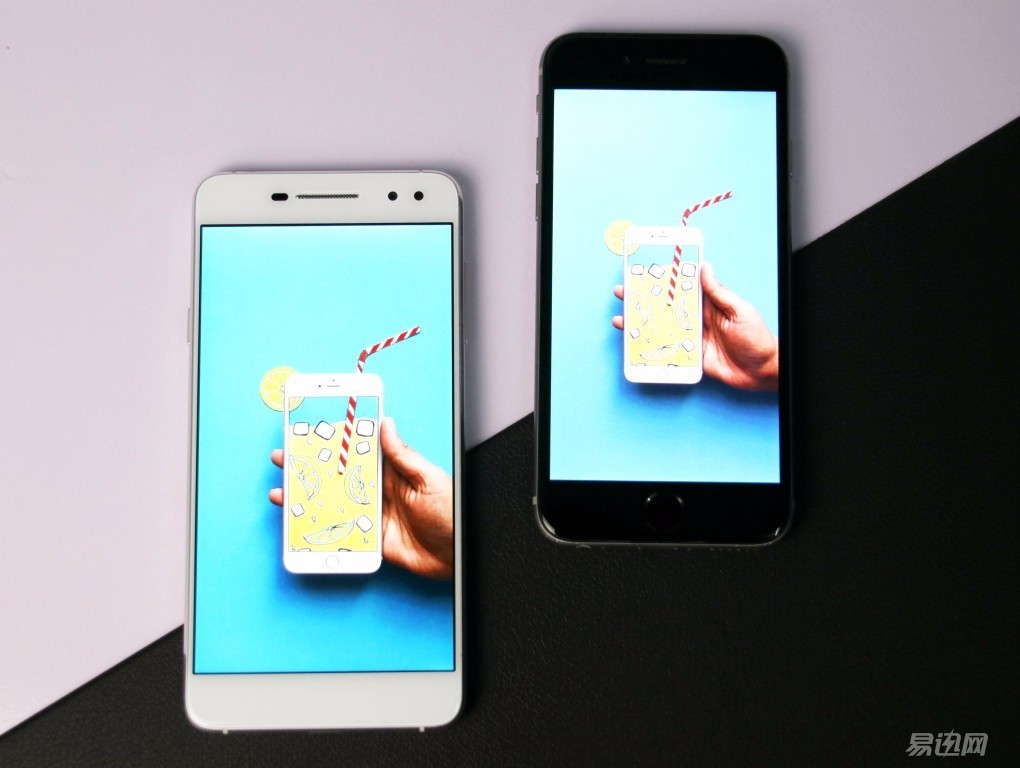 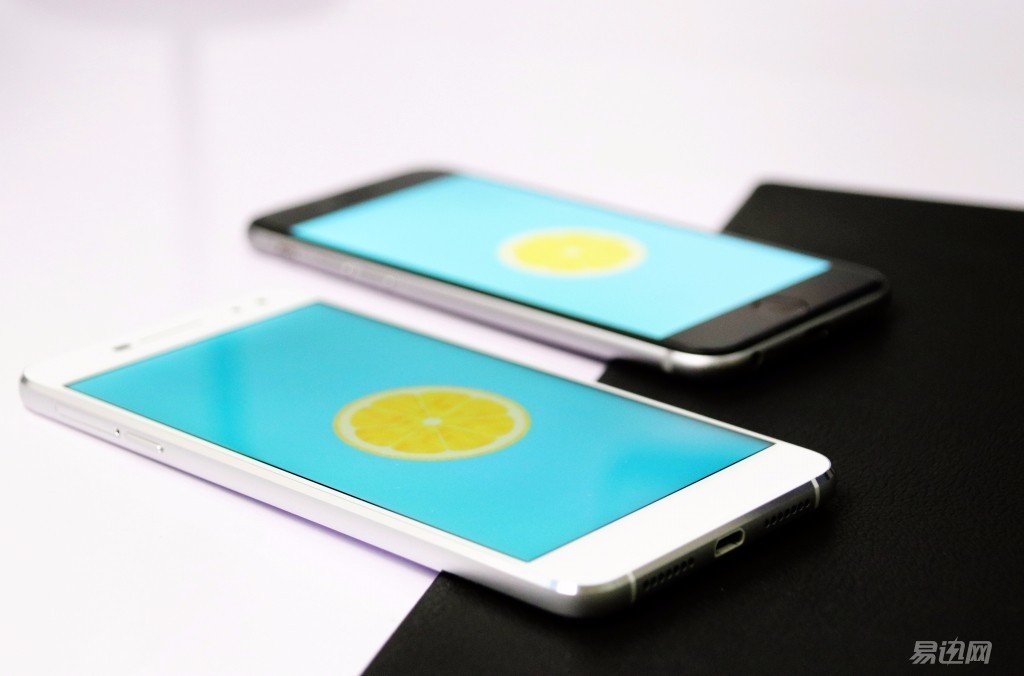 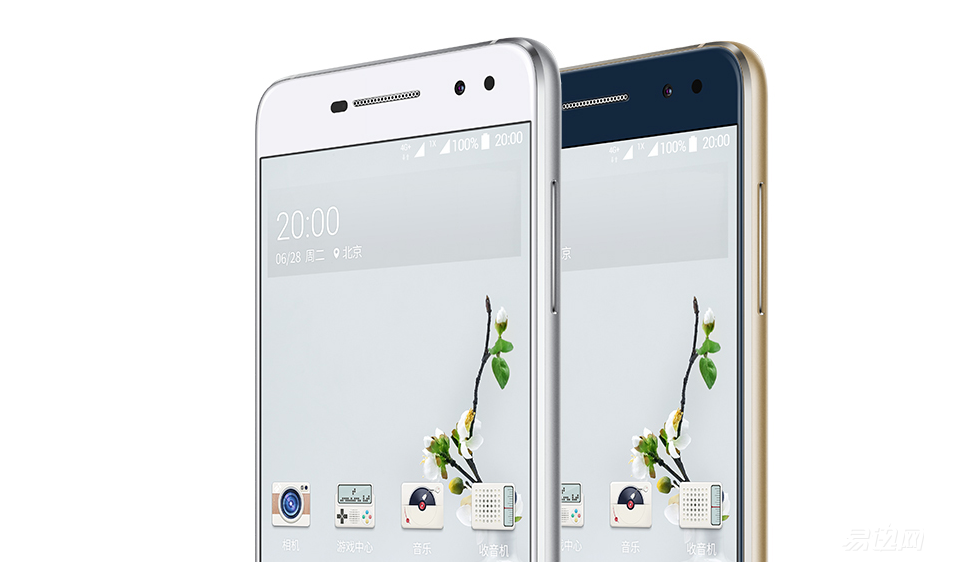 The TCL 750 runs a custom Maxim UI based on Android 6.0. The style is very small and fresh. Whether it is a system wallpaper or an application icon, it is based on white. Especially the built-in wallpaper is not only beautiful, but also can set dynamic effects. 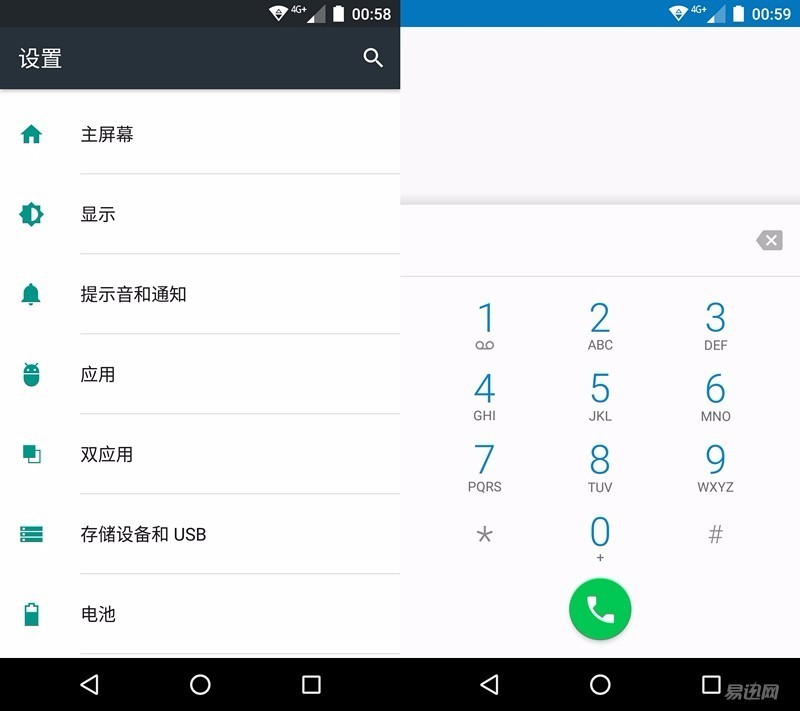 However, when we open a setting or a built-in application, its interface remains in the original state and is not further customized. Although there is nothing wrong with the original language, the style of the system as a whole is not uniform and it is a little unfinished. I hope that TCL can improve it in the system upgrade. 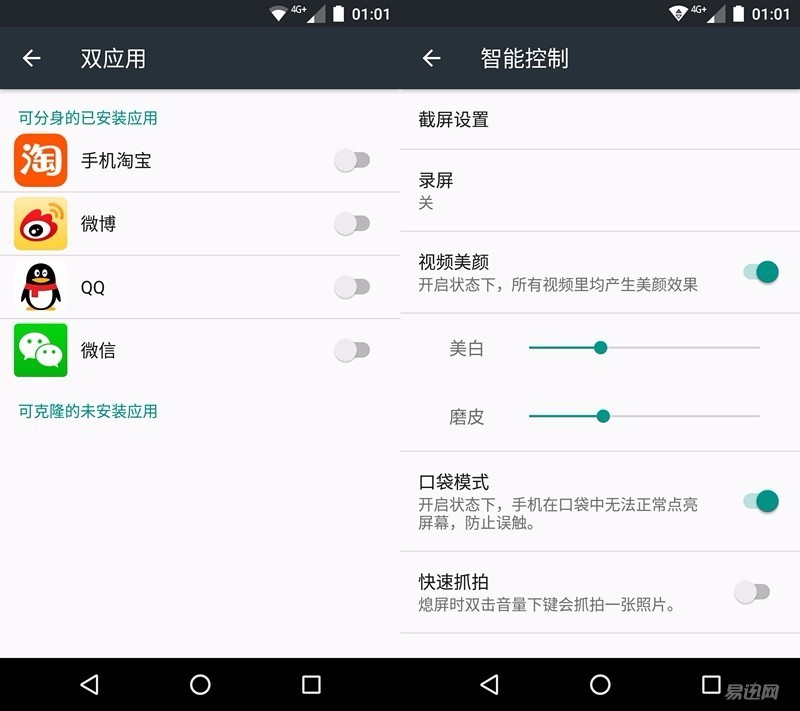 In terms of system optimization, the application starts quickly, the transition animation is smooth and smooth, multi-task switching is also very fast, and the software level experience is good. However, due to the low degree of completion of the system, its features are relatively scarce compared to other domestic ROMs. In the system settings, only dual application and intelligent control of two features, the experience is pretty good. 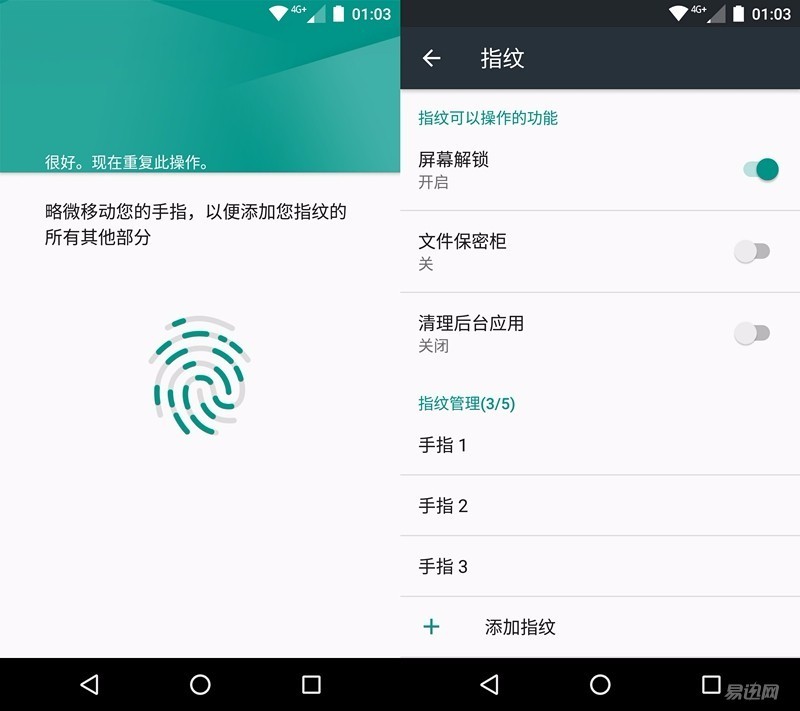 Fingerprint unlocking, this phone's recognition speed and accuracy is still good, but compared with the iPhone 6s and other flagship models there are many gaps. In general, the system should be regarded as the biggest shortcoming of this phone. 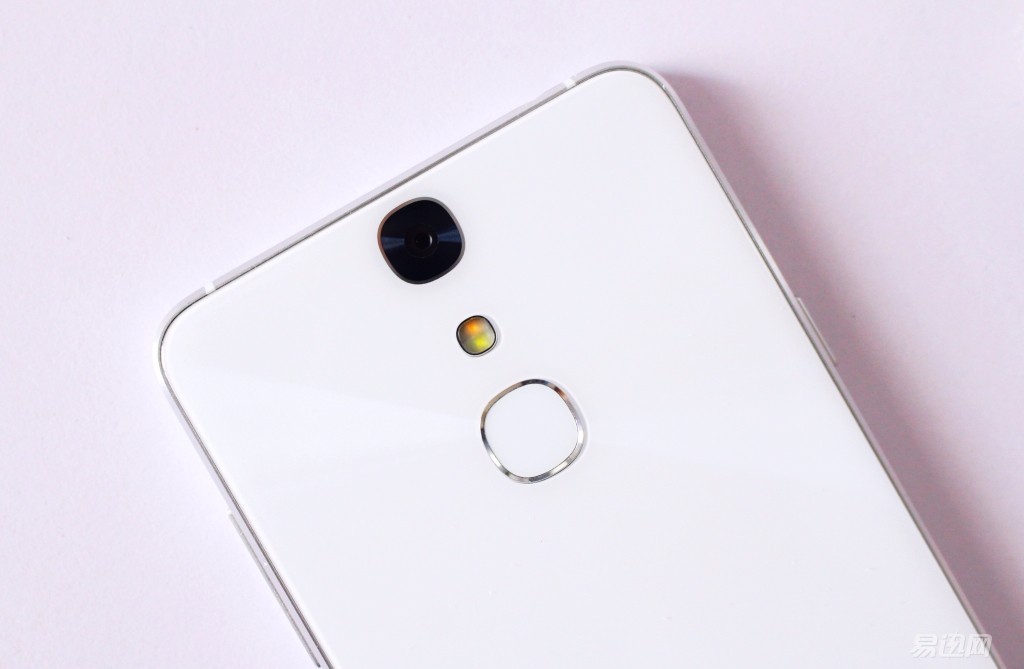 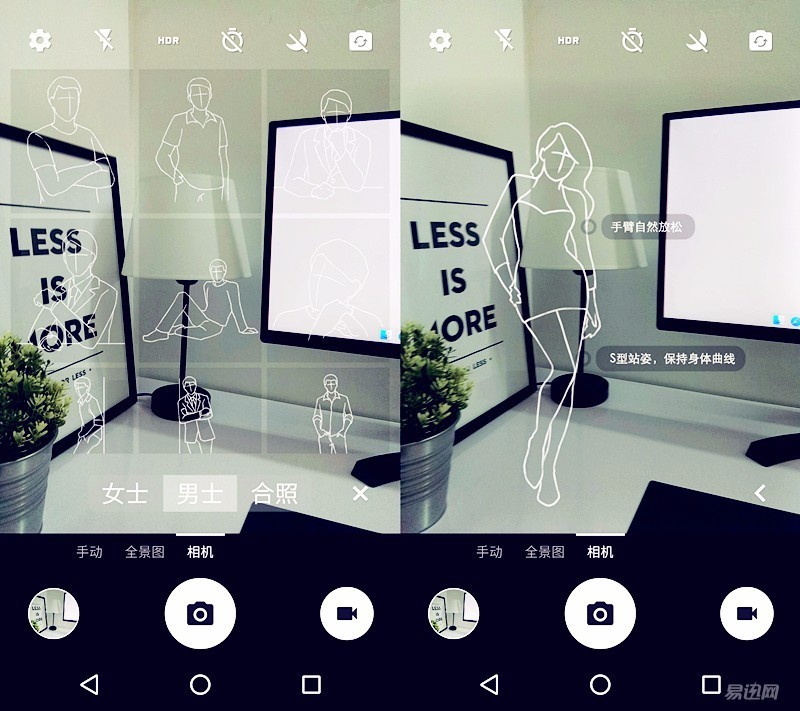 The camera interface is very simple. You can switch between camera, panorama, and manual mode by swiping left and right. You can set HDR, timer, and other functions at the top. What's more interesting is that it offers a variety of photo poses. You can follow the shape and bid farewell to the scissor.

For proofs, we use the iPhone 6s as a reference. In the daytime environment, the TCL 750 is very eye-catching in terms of resolving power and detail performance with a higher number of pixels. Especially after zooming in, the iPhone 6s has been lumped together, and the TCL 750 can still see the details of the ground. 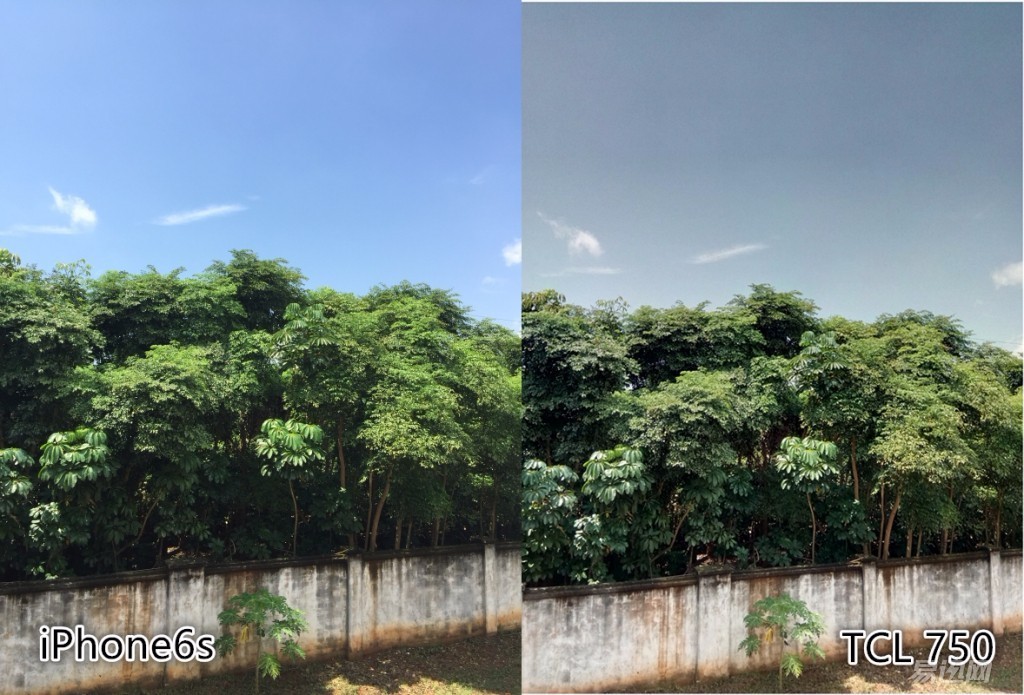 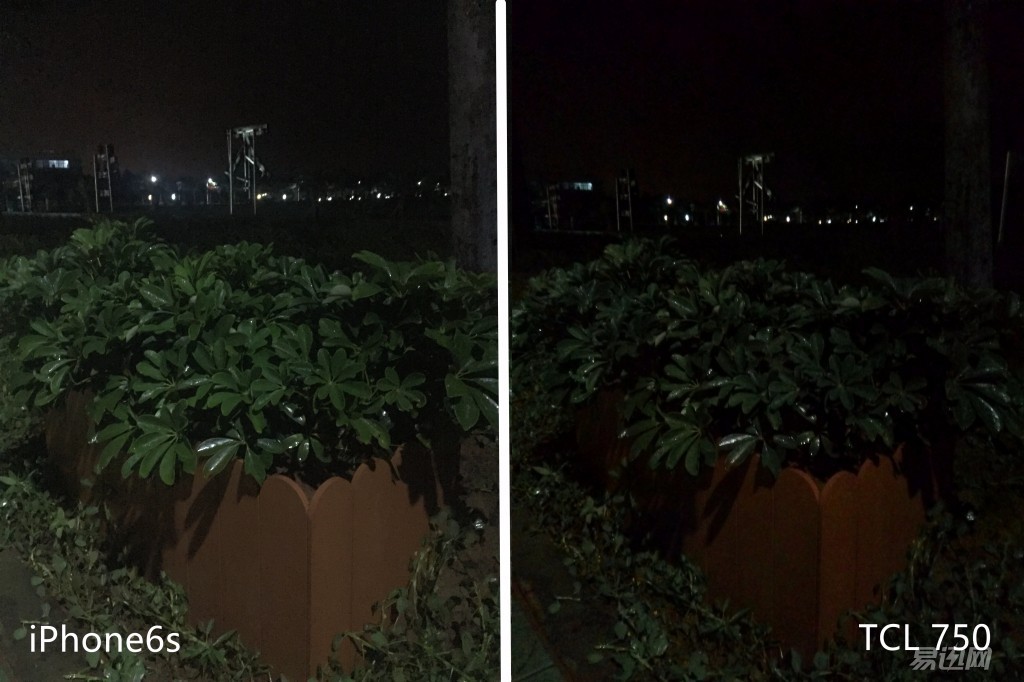 Under low light conditions at night, the TCL 750's screen brightness was significantly weaker than the iPhone 6s, and the details of the performance were significantly lower, but the noise control was quite good. 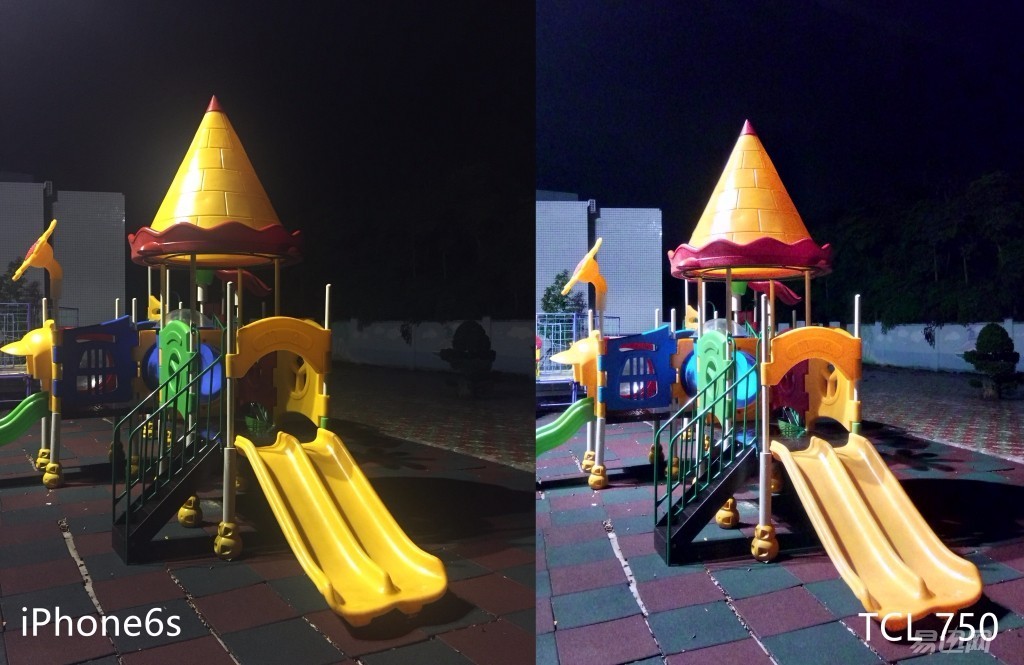 In the case of a bright light source, the TCL750's screen brightness overtakes the iPhone 6s, and the sharpness of the screen is also significantly improved.

In general, the TCL 750's camera performance is quite good, in the picture clarity and details of the iPhone 6s, but in the weak light environment and color reproduction needs to be further strengthened. For a 2,000 yuan or so mobile phone, this performance is very satisfactory.

TCL 750 equipped with MediaTek Helio P10 eight-core processor, using a more advanced 28nm HPC + process, the power consumption is relatively low. Mali-T860 GPU, 3GB RAM, 32GB body storage. The parameters are not gorgeous, but the performance is sufficient to meet the needs of daily use. 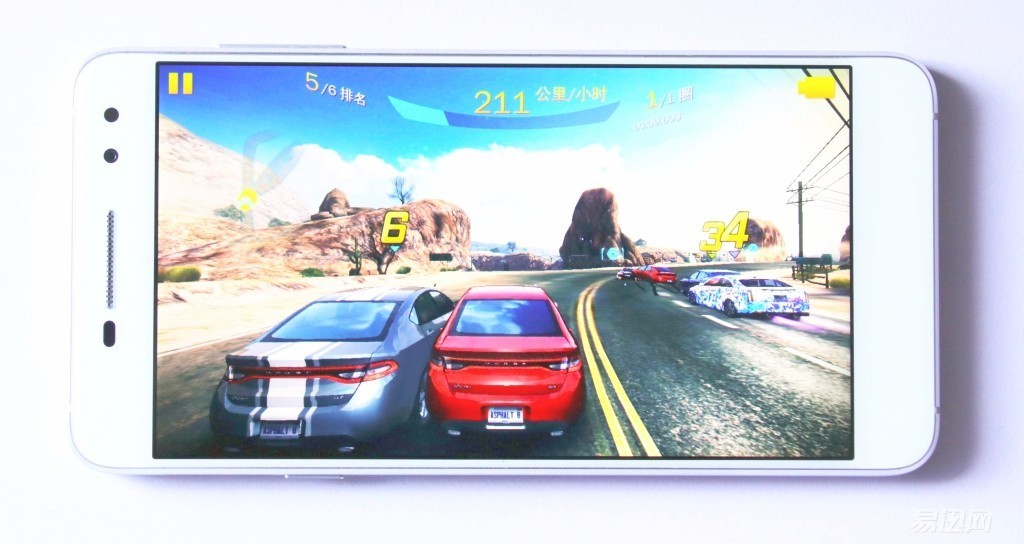 During the actual measurement process, the aircraft was very good in terms of system fluency and application start-up speed, and there was no obvious stagnation. When running wild car 8, warhammer 40K and other large games, there is no obvious Caton or dropped frames. 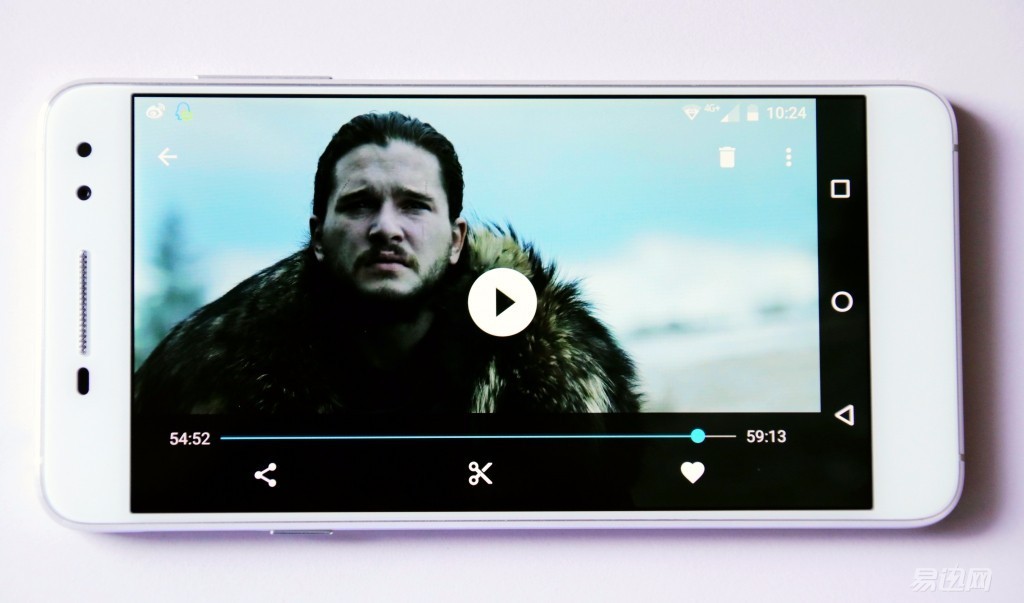 When playing 1080P HD video, you can easily decode it with your own player, and there is no obvious dullness in the progress bar. In terms of game entertainment, this phone's performance is absolutely sufficient. 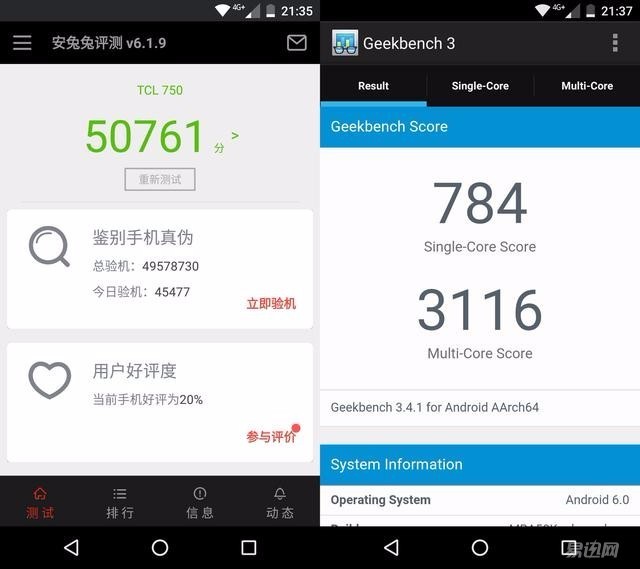 In terms of running points, Ann Bunny scored 50,761 points, Geekbench ran a single-core score of 784, and multi-core 3,116 points. This score was within the normal range of the Helio P10, which was a bit worse than the mainstream flagship score. 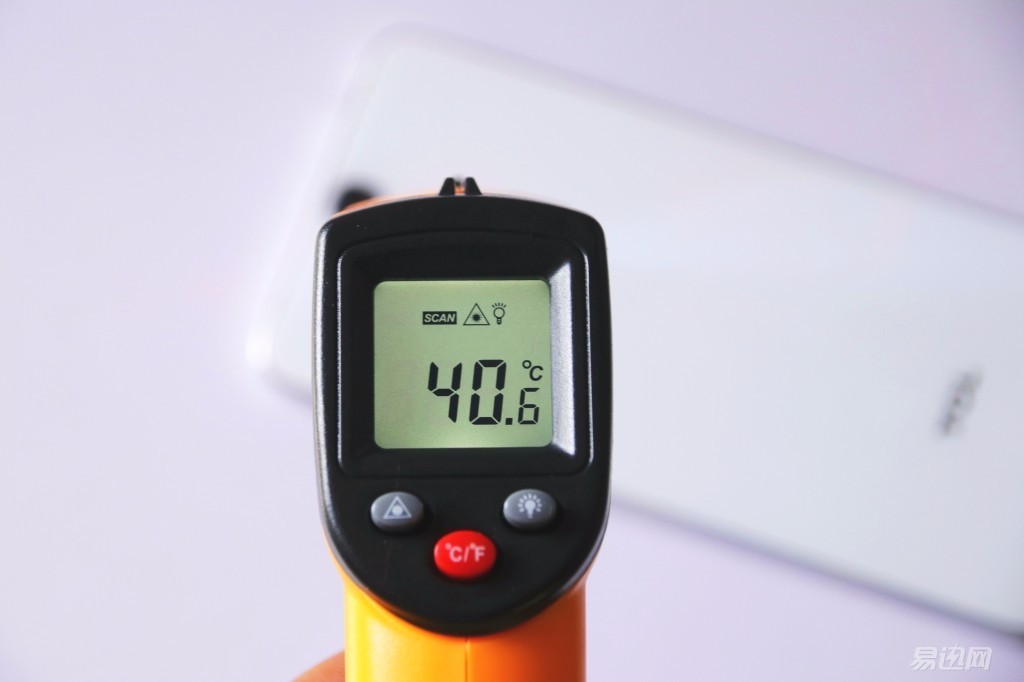 In terms of heat generation, thanks to the Helio P10's 28nm process, its power consumption is well controlled. After running a large-scale game, the hottest point of the camera body is located near the camera. The temperature is about 40Â°C and it feels warm. 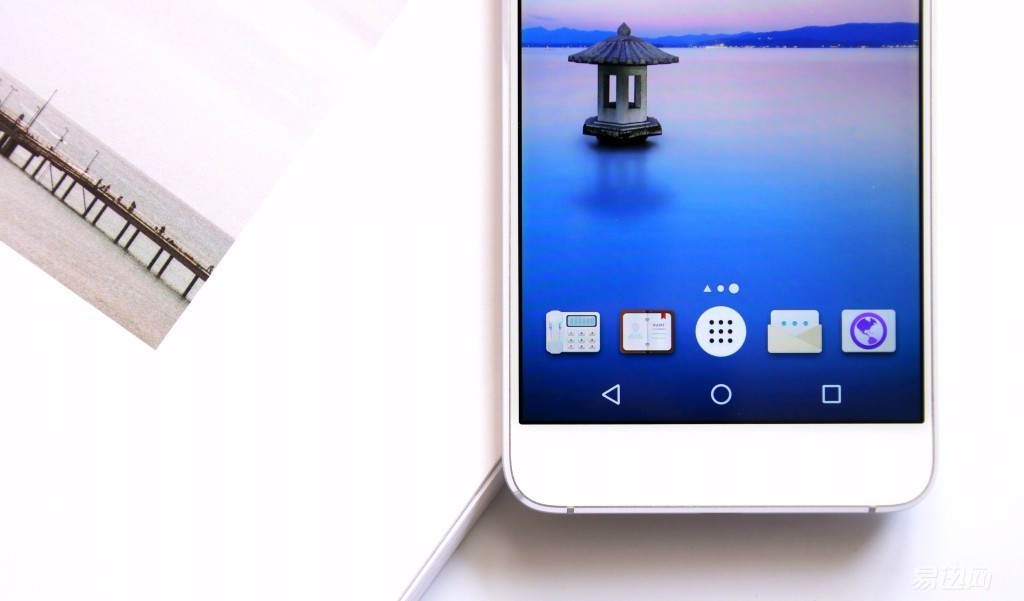 Overall, the performance of the TCL 750 is very bright and exceeds my expectations for this processor. It seems that TCL's optimization work is still doing a good job.

The TCL 750 is equipped with a 2800mAh battery, and the official announced that the standby time is 400 hours. In normal use situations (such as social software, Internet surfing, songs, occasional photos, watching movies, etc.), staying in one day is not a problem. However, under heavy use (such as frequent photographs, long games, etc.), the basic half-day will be a charge. Unfortunately, the machine does not support fast charging. For those who like fast charging, they need to pay attention. 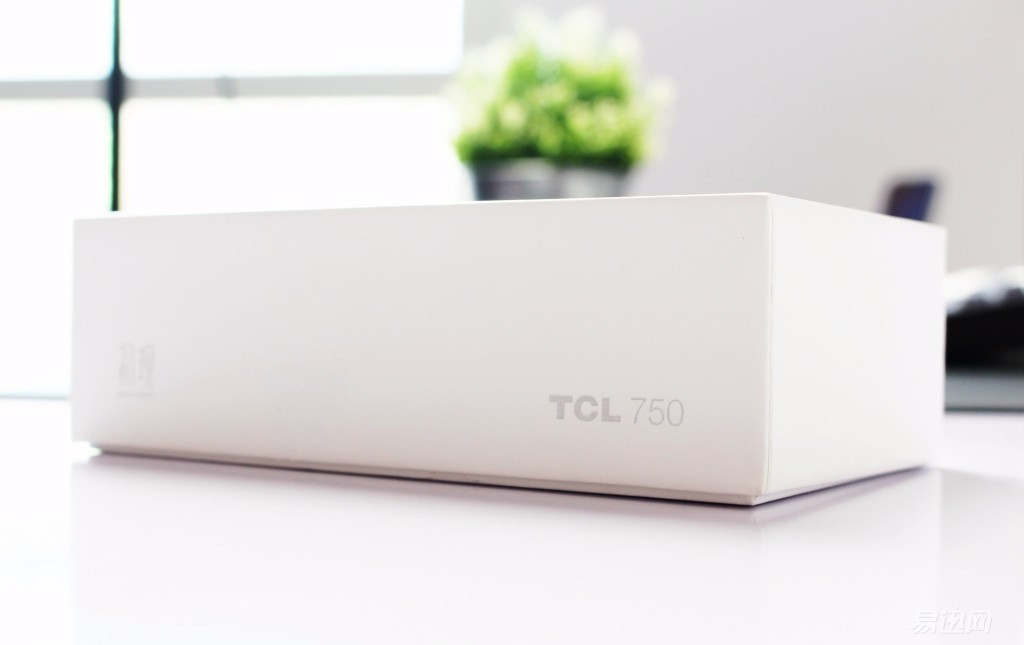 If you donâ€™t know what youâ€™re doing, itâ€™s like youâ€™re starting to see it. The TCL 750 has an elegant appearance and a simple design. It can be called "the young man in the cell phone" in its temperament. Although the configuration parameters are not bright enough, the performance is enough to meet our daily needs. It can be said as a mobile phone with both value and strength. 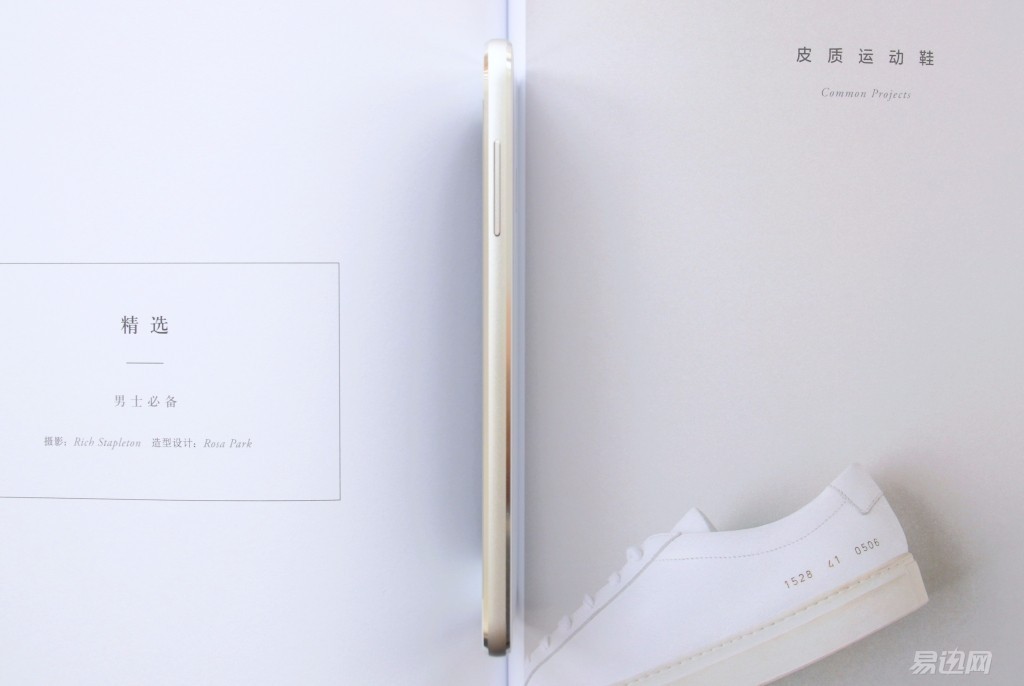 However , the aircraft is not perfect in some details, such as the completion of the system is not high, lack of features; camera white balance is inaccurate, still need to be adjusted later; poor light performance under poor photos, does not support USB Type-C and Fast charging and so on, these are the problems TCL needs to perfect.

Want to take a place in the highly competitive domestic mobile phone market, TCL still has a long way to go.

We produce Lighting for commerical ,industrial ,and household . Specially for desk lamp LED which 360 degree bent freely .It can brighten you in any angle as

Home Lighting & Furnishings - Quality, Style and Selection. Lamps Plus offers a complete selection of indoor and outdoor lighting fixtures. From stylish ceiling light fixtures, chandeliers and trend-setting ceiling fans to thousands of designer lamps and lamp shades that are in-stock and ready to ship.