4G imagination: the mobile video industry will usher in a big explosion

Although various versions of 4G license issuance time have been circulated, people have been expecting to issue 4G licenses, but the government's choice to issue it on December 4 still makes the industry feel a little sudden.

From 11 o'clock to 15 o'clock on November 4, various rumors about the issuance of 4G licenses concentrated fermentation, and finally the dust settled around 16 o'clock.

When the technology industry interprets the pattern of 4G licenses and the benefits of all parties with various perspectives, the attention of ordinary users is always different, and it is not even a major event.

"4G license? I haven't heard of it. It was a while ago that I saw China Mobile saying that I can book an iPhone. I thought I would buy an iPhone 5 and continue to use my mobile number."

This user also does nâ€™t seem to know the difference between iPhone5 and iPhone5s / 5c. If he guides a little, in his mind, "Is it possible to send voice and video in WeChat now. 4G network should be faster, Internet access fee is more It â€™s cheap. "

The network is faster, the tariff is cheaper, and there are new applications. This is the vague impression of users on 4G. "In China, 3G and 4G are just numbers used by operators to show off. Many ordinary users still use 2G networks! We don't need your numbers, we need real fast networks!" This is another The cry of a netizen. 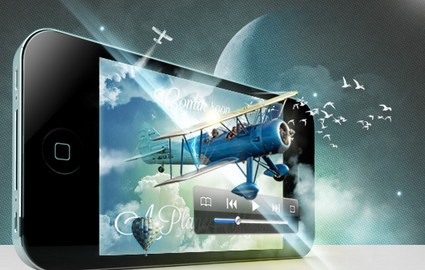 If a little fantasies are allowed, a user can stand on the cross street and open the phone camera to scan the entire street to see the nearest Starbucks. Is this scene charming? The technology used in this application scenario is augmented reality, supplemented by geographic location information, because the consumption of bandwidth and traffic is too large, the 3G era is too luxurious, and the 4G era is only able to consume.

Looking back on the 3G era, when the industry is generally talking about and looking for killer applications, no one would think that the Apple iPhone and its AppStore ecological chain detonated the 3G application market, and the Android system open ecological chain made 3G applications popular. Maybe in a few years, we will find how naive our vision of 4G is now. In the 4G era, when will the eggs that can surprise users appear, and in what form? The answer may be interesting.

Those applications that are limited by bandwidth and traffic in the 3G era, such as cloud computing services such as pictures, video sharing, remote monitoring, cloud storage, WebApp, mobile e-commerce, and mobile games, will usher in a second evolution in the 4G era.

Among them, the mobile video application with the largest proportion of user consumption will usher in the first round of favorable.

"After further speeding up the mobile network, it will promote the development of the mobile Internet, especially entertainment applications that rely heavily on network bandwidth. From the perspective of the mobile video industry, the market has completed the cultivation period, and users are used to gradually migrate from traditional PCs to mobile devices. If 4G tariffs are reasonable, mobile video users will experience explosive growth. "Mobile TV player 100TVCEO Liu Shuyao sees the impact of 4G license issuance on mobile video applications.

As another start-up project of Youtube co-founder Chen Shijun, "play" has been focusing on 6-second micro video applications. Before the issuance of 4G licenses, AVOS China CEO Jiang Hong had been very concerned about the sharing of short videos. Due to traffic restrictions, the performance of short video sharing has been poor. In order to save traffic, the usual practice is to compress the video extremely, so that the flow of short video and pictures is similar, but if you do so, the picture effect will be much worse.

Luo Hui, the CEO of Application Exchange, believes that in the 4G network environment, direct video live broadcasting with mobile phones will no longer be a problem. He cited the example of an app AppQik abroad, which supports real-time video streaming, "Everyone with a smartphone can instantly become a live broadcast reporter. Although such a service is not used by everyone, the professional broadcast team In the future, 4G networks will definitely be used, and video sharing apps will also usher in great prosperity. "

Another beneficiary of the 4G network that Luo Chuan admires is mobile games. Mobile games require not only hardware equipment, but also a faster Internet connection. "Faster network connection means that players can enjoy a smoother experience and enjoy more exquisite, more complex and high-quality games that require a powerful network connection. For both players and game developers, 4G networks will give They bring a brand new game feast. "