"Chaos" has always been synonymous with the commercial computer market, and it will not be clear where it will go. As the two giants of the industry, Hewlett-Packard and Dell also flew in a completely different way.

Computer maker from Round Rock, Texas, Dell acquired EMC, the data storage giant, earlier this year and achieved the largest acquisition in technology history. As one of Silicon Valleyâ€™s iconic companies, HP chose to spin off, creating PC and printer manufacturers HP Inc. and HP Enterprise responsible for software and enterprise business. . Dell and EMC believe that a broad and diverse product portfolio will make the company a one-stop shop for businesses. Hewlett-Packard, on the other hand, believes that the two companies after the spin-off will be better able to focus on innovation. 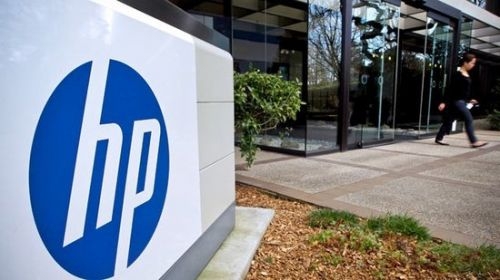 Although the two giants have the opposite treatment, the background is exactly the same: the commercial technology market is shrinking. On the one hand, PC sales have fallen year after year. IDC's data shows that PC sales this year may decrease by 7.3%, and the market scale will shrink to US$161 billion. On the other hand, the printer market has stagnated many years ago. Since 2014, the server, storage, and networking hardware markets have been faltering and will continue to decline at 1.3% over the next four years.

Of course, the huge commercial technology market also has bright spots. With the development of cloud computing technology, the replacement of data center hardware is accelerating.

IDC's data shows that the enthusiasm of companies to purchase such hardware is very high. It is expected that the average annual growth rate will reach 10.2%. By 2020, the market size will stand at $ 20 billion. In addition, the sale of 3D printers is also one of the important boosts in the commercial technology market. By 2019, the compound annual growth rate will reach 27%.

In the eyes of Dell and EMC, powerful companies can use their position in the industry to sell more cloud-related equipment.

However, Hewlett-Packard Enterprise CEO Meg Whitman may not think so, because it had previously experienced the so-called "industry status" for the consequences of their own company. On the contrary, as two independent companies, Hewlett-Packard is better able to consolidate its leading position in the field of servers and printers.

"Once the company is too big and the tentacles are too long, it is empty talk to want to react quickly," she said in an interview.

The merger of Dell and EMC allows the two companies to complement each other. Analysts believe that as the third oldest in the PC industry, Dell has not been a super giant at home, and EMC, who is sitting on the throne of the storage industry, has been making progress toward giant companies. The two companies are definitely better than the single sales situation.

Analysts believe that Dell will have better bargaining power when negotiating with suppliers after a fat meal. Abhey Lamba, general manager of U.S.-based Ruisui Securities Group, said that the server, network and storage markets have always been brands and special features. The only products that are really easy to sell are the low-cost general-purpose hardware. "In the commodity market, scale is everything," he said.

However, Ms. Whitman did not approve of this point of view. She did not think that the scale had any practical benefits for HP. He said that before the spin-off, HP was once the leader in the server industry, and he was second to the storage and networking market. Take the chair.

Dell's merger with EMC, the way to scale is also a risk, after all, there are not many successful examples of successful mergers and acquisitions in the technology community. Microsoft's merger with Nokia, HP and Autonomy is an example. In addition, the scale of these mergers is simply less than Dell's purchase of EMC. After swallowing EMC, Dell directly backed a debt of 49.5 billion U.S. dollars. The huge annual interest will certainly erode Dell's R&D budget. In the scientific and technological community, constantly researching and innovating is the only way to maintain its vitality. Last year, EMC spent US$3.2 billion on research and development, which accounted for 13% of its revenue.

Hewlett-Packard's CEO Dion Weisler said that HP's spin-off allowed the company to regain its direction. Prior to this, the company's big brothers saw only the PC and printer business. "Under the original organizational structure, we simply cannot open up new markets," Weisler said in an interview.

After the spin-off, Hewlett-Packard Co. began to enter the 3D printing market. The company's Jet Fusion printers are still quite popular in the industrial manufacturing field. In June of this year, Hewlett-Packard acquired a German 3D scanning company to further consolidate its leading position in the field of 3D printing.

Hewlett-Packard companies also have similar moves, and since their independence, their pace has accelerated significantly, Ms. Whitman said. The new data center computing system was developed within six months.

To ask why the two companies are going to different paths, I am afraid the corporate culture has played a decisive role. Patrick Moorhead, chief analyst of Moor Insights & Strategy, a high-tech analytics company, believes Dell has always adopted a top-down management approach because of its strong personal profile. In contrast, HP pays more attention to teamwork. It is precisely this type of corporate identity that determines when the two parties choose different ways of breaking through in response to changes.