A more optimistic analysis comes from the International Robotics Federation. According to the International Federation of Robotics, the annual sales of Asian robots increased by 16% from 2015 to 2017, and the sales of industrial robots in Asia accounted for about two-thirds of global sales. Countries such as China, South Korea, Japan, and Israel are all active regions for robotics, industry, standards, and market development. 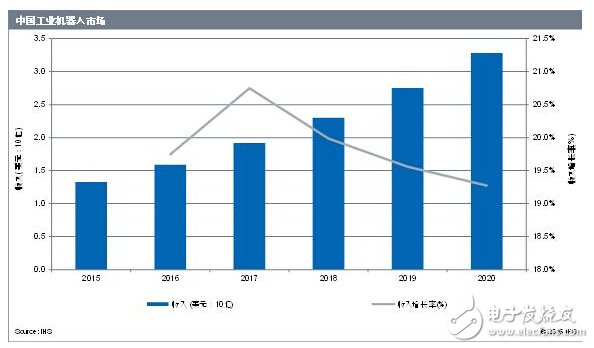 Mark Watson, senior manager of manufacturing technology at IHS Technology, said that the manufacturing recovery will bring billions of dollars in growth opportunities for the industrial robot market. Labor-intensive industries are increasingly turning to automated production, especially in the Asia-Pacific region where labor costs are rising rapidly. The shortage of labor leads to higher wages, which in turn reduces the potential investment returns of many end users.

After 2018, with the technological optimization process of the end-user factory, the manufacturing capacity utilization rate will increase, the industrial robot application rate will increase, and the product price will decrease. With the increasing labor costs, low commodity prices, and fierce competition with other low manufacturing cost regions, the application of industrial robots will be further expanded. Under the 13th Five-Year Plan, due to direct credit and tax credits, companies can increase their investment in robots, which is conducive to the growth of the industrial robot market. 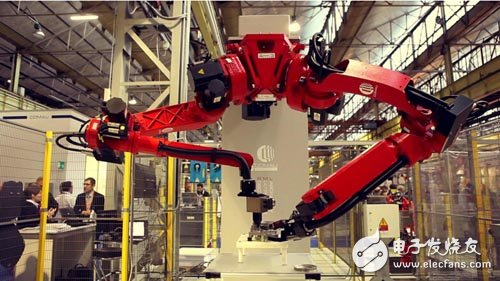 However, according to the latest research on IHS's industrial robot market intelligence service, in the case of China's short-term economic expectations, many industries have overcapacity, especially heavy industry, which will limit the growth of the industrial robot market. In this case, the company's demand for productivity is small, so it is unlikely that industrial robots will be installed on a large scale. Instead, they are more willing to hire temporary workers because it is more flexible and less capital intensive for local businesses. But as China's economy continues to shift toward a service-oriented economy, the problem of labor shortages will become more apparent.

Mr. Watson believes that companies need production flexibility and deterministic productivity, which lays the foundation for the application of industrial robots. With robots, companies can easily adjust production levels and manufacturing processes, save labor costs and reduce reliance on temporary workers.

In 2015, foreign brands accounted for more than 80% of China's total industrial robot sales. These foreign brands occupy a dominant position in the Chinese robot market. They have established partnerships with leading domestic manufacturers to provide high quality hardware, software and support services. The share of Chinese companies in the domestic market is less than 30%, and more than half of the market share is occupied by the â€œfour major families of robotsâ€ (Swiss abb, Japan FANUC, Japan Yaskawa Electric, Germany KUKA). In the 30% share, Chinese companies basically rely on imports for key components such as high-end servo motors, controllers, and reducers.

Mr. Watson believes that the main competitors in China's industrial robot market are investing heavily in R&D to develop products with collaborative capabilities and deep learning capabilities, to improve their artificial intelligence and to develop other emerging technologies to ensure their competition in the industry. Occupy a favorable position. As a result, Chinese local suppliers face a fierce market share battle.