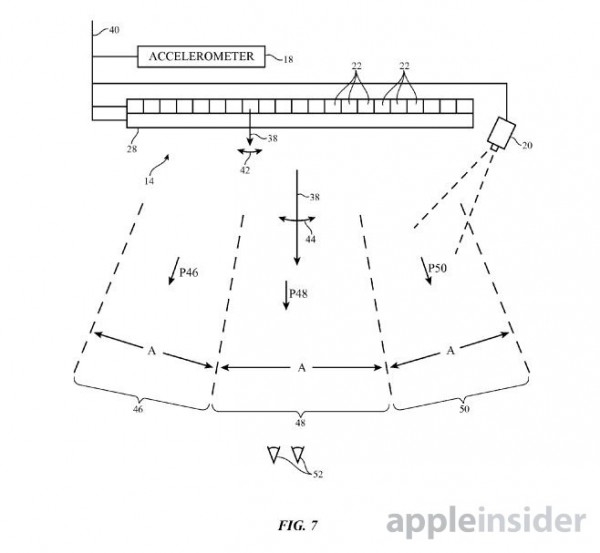 The latest news, according to foreign media AppleInsider reported on Thursday, Apple's patent application related to the naked eye 3D formal exposure. According to the analog 3D imaging technology mentioned in this patent, the display of the iPhone and other Apple devices can theoretically be turned into a 3D stereoscopic display, and users can see stereoscopic images without wearing 3D glasses.

According to Apple's patent application, this patent describes an array of display elements with a sub-pixel array and a lens structure, in which the lens structure can refract light at various angles and finally pass key components." The processing of the light guide will eventually lead the viewer to the stereoscopic beam that forms the 3D image. In addition, related equipment can also use the camera, accelerator, gyroscope and GPS to control which direction the light is directed.

Although the patent document does not describe the potential application direction of this patent, we can read out keywords such as accelerators, gyroscopes, and GPS. This patent is more likely to be applied to mobile devices.

In fact, we have heard the iPhone and naked eye 3D news more than once. As early as 2012, Apple passed a patent application to hint at the existence of this technology. In addition, suppliers from Taiwan also revealed in 2014 that the future iPhone may be equipped with a naked-eye 3D screen.

So far, naked eye 3D technology is still far from successful in consumer electronics products. Amazonâ€™s Fire Phone smartphone failed to provide a true stereoscopic effect, but a sensor system with a â€œdynamic viewing angleâ€. Perhaps the most successful may be Nintendo's 3DS handheld, but it requires a synergy between the two screens. Hope that Apple's patent can be turned into a real product, allowing users to experience the stunning effects of 3D stereoscopic images with naked eyes.