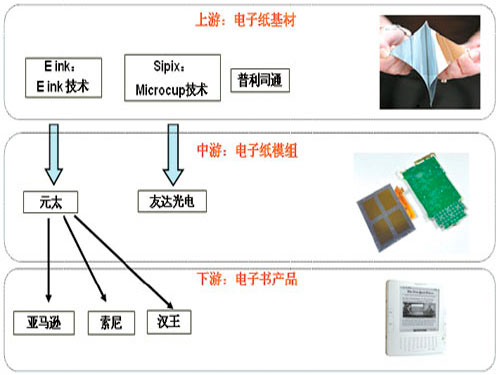 Whether in the subway or the bus, there are more and more people holding electronic books today. Following television, computers, and mobile phones, e-books have become the â€œfourth screenâ€ and their status has continued to improve. The e-book market is booming, and the listed company's stock price is also skyrocketing. Recently, the State Press and Publication Administration announced the first batch of e-book licenses, a total of 30 companies have obtained the e-book qualification. The issuance of license plates demarcated the "circle" and set the threshold. The situation of dominating the Warring States period is expected to be eased. However, Shenyin Wanguoguo analysts believe that the issuance of licenses to a certain extent plays the role of â€œindustry reshufflingâ€. The blowout of the market will attract more companies to participate in the â€œhunting and splitting of foodâ€, and the price war seems to be interpreted without any suspense. The winning "killer".

The enterprises that can produce reader terminals, in addition to the expected Hanwang, Shanda, Founder, Newman ideal digital, patriots, Guangzhou Jinluo software also crowded into the first batch of lists, which makes the Hanwang somewhat surprised. On the day after the list was announced, Hanwang Technology's stock price was only slightly better than the broader market, and the positive impact did not seem to be significant.

Cai Ling, a research fellow in the Chinese Investment Consultant Culture Industry, said in an interview with a reporter from China Electronics News. However, the issuance of e-book licenses has adjusted the focus of supervision and control, and strictly controls e-book publishing and exporting qualifications. Copy and distribution qualifications are relatively More loose. Therefore, for terminal manufacturers, in order to gain market share, a cruel price war is inevitable.

It is worth noting that, according to Sun Shoushan's explanation at the license issuance ceremony, the contents of the current e-books come from the electronic version of regular paper publications. The contents of non-paper publications are not allowed to appear in e-books. Does this mean that if Shanda Literature's web content resources are to appear in e-books, they must first adopt paper publishing? Cai Ling believes that if the source of e-book content resources is limited to paper publications, this will undoubtedly benefit the four traditional publishers who have obtained e-book publishing qualifications this time. The reporter also noticed that the recent trend of stock price in the media publishing sector showed a certain strength, obviously related to the â€œstimulusâ€ of licenses.

The Hanwang seems to have a "prejudice." Before the "Opinions" were issued, the Hanwang would adopt the cooperation with the upstream publishers to integrate content and terminals, and Shanda had the huge content resources of online literature as its backing, but if it were to legally move On the e-book screen, we must also cooperate with traditional publishing houses to take the lead in paper publishing and electronic publishing.

In any case, the issuance of licenses has further stimulated the enthusiasm of e-book makers and even readers. In the next few years, the e-book market in China is expected to be â€œblowoutâ€. Relevant analysts emphasized that in the concept of â€œe-booksâ€, electronic component manufacturers, upstream terminal manufacturers, and downstream content providers in the upstream e-paper related industries are expected to benefit. For the A-share market, the following companies are more likely to be sought after in the market: Upstream and electronic ink, as well as component manufacturers related to the production of electronic paper supporting materials, such as Shengyi Technology and Laibao Hi-Tech, etc.; have the first-mover advantage, are expected to take the lead Establish a content platform to build a hardware company with a complete hardware chain of â€œhardware + platformâ€, such as Hanwang Technology. After the e-book market rises, publishers with improved content value, such as Times Publishing, are also beneficiaries.

Since the launch of the first year of e-books in China in 2009, the e-book market has become even more popular this year. According to figures, China's eBook shipments reached 3.82 million units in 2009. In the first half of 2010, shipments accounted for more than 20% of the global total. After the United States, it became the second largest e-book market in the world. Xu Yaowen, a media analyst at Galaxy Securities, said that after the incubation period in 2009, the Chinese e-reader market will have a rapid development this year. The price of e-reader terminals will be lower, and the diversity of terminal applications and user awareness will increase. Stimulate e-reader market sales. Tian Honggang, an analyst at Xiangcai Securities Media Industry, told reporters that the entire industry chain of e-readers is in full swing. At present, although the content providers and operators can only expect the improvement of performance, the main growth of terminal manufacturers has begun to be reflected.

The entire industry chain of e-books consists of five links, which are in order of importance: content, digital processing, platforms, channels, and terminals. At present, the channels and terminals in the e-book industry chain are relatively mature. Channels such as wired Internet or wireless Internet can all be used as distribution channels for e-books. Terminal manufacturing is in the hands of Chinese manufacturers, but the content is relatively weak. Due to the special circumstances of our country's market, the upstream publishing house system is undergoing a market-oriented transformation. The quality of content held by some publishing institutions outside the system is not high, which objectively restricts the development of the platform and the progress of digitalization.

The construction of content is inseparable from the standards. Wei Yushan, deputy director of the China Publishing Science Research Institute, told the China Electronics News reporter that in the past three years, as the press and publishing industry has continued to deepen its reforms, digital publishing technology has flourished, and the standardization of press and publication has entered the fast lane, completing in three years. The number of standards is close to 1/2 of the total, and more than 170 standard projects are being developed. The establishment of digital publishing standards has become the main task of standardization work at this stage, and e-book standards are the most important ones. According to reports, the e-book content standards project group was formally established in July this year, and the first work conference was held on October 18th. It has identified seven thematic groups with content as the core. There are currently 52 member units. Wei Yushan very much hopes to cooperate closely in e-book standardization work, jointly promote the formulation of standards, and give full play to the important role of standards in the development of the industry.

The e-book's â€œhigh price is not overwhelmingâ€ is also one of the factors restricting the vigorous development of the industry. Ping An Securities, said Xu Zengke, after the introduction of hardware and content formats and other related standards, it also requires a large number of cost-effective terminal products to occupy the market. At present, e-books on the market are frequently between two and three thousand dollars, and the price of kindle in the United States is reduced to only about 1,300 yuan. According to experts, the display screen is the most important part of the cost of e-books, and its price determines the cost of e-books. The display supplier Yuan Tai Technology said that in the future, the cost of the screen will be further reduced by increasing the production efficiency and the yield rate. Upstream display manufacturers have expressed their position, and terminal manufacturers also seem to have to â€œmoveâ€.

The recent grand launch of an e-book with a price of 999 yuan touched the industry's sensitive nerves, and was inevitably bombarded by other manufacturers as a "spoiler." Even so, the cost of the e-book terminal is actually well-known to everyone.

According to informed sources, from the current market perspective, the E-ink display price is about 45 US dollars, including the central processor, memory and other parts and components costs about 55 US dollars. It seems that the pure hardware price of e-book products is around US$100, which is about RMB 700. Compared to the selling price of two or three thousand yuan, there is huge room for profit for e-book makers. No wonder some analysts say that e-book makers The gross margin is at least 40%. Of course, the price of the terminal also depends on the added value of the product, including more content pre-installation, permissions, and so on.

Price reduction is an inevitable trend. With the grand launch of 999 yuan Bambook, Newman also launched a thousand dollars or less e-book products. However, the price of 1,000 yuan seems to have some distance from the needs of users. According to a recent survey conducted by a research institution, 82.2% of users expect the price of e-readers to be less than 500 yuan. However, some people in the industry believe that the price will be hard to achieve before the end of next year. However, Yuantai Technology has recently released public models and systems for e-readers, which may accelerate the rise of Shanzhai products. With the increase of screen supply in the future, the cottage e-reader will further lower the terminal market price.

China's introduction of e-book industry development opinions Recently, the General Administration of Press and Publication issued the "Opinions on Developing the E-book Industry" (hereinafter referred to as "opinions"). The full text consists of 20 articles, which regulate the industry in terms of meaning, principle, and tasks. guide.

The â€œopinionsâ€ also pointed out that we must promote traditional publishing units, distribution units, and digital technology providers to build a national e-book content resource delivery platform and promote the implementation of a number of strategic and exemplary e-books relying on their respective resource advantages. Industrial projects include e-book production companies in the key support areas of the national digital publishing base. In addition, it is necessary to speed up e-book standards development, study and formulate industry and national standards for e-book formats, quality, platforms, and copyright.

Shanghai established e-book industry development alliance Recently, the Shanghai e-book industry development alliance was announced. The National Information Technology Standardization Technical Committee e-book standards working group interactive platform group also settled in Shanghai. According to reports, there are currently 59 well-known companies in the industry joining the league, including more than 30 content field units such as Liberation Daily Newspaper Group, Shanda Literature, and Shiji Chuangrong, as well as more than 10 companies such as Yi Deou, BenQ and Yuantai Technology. Enterprises in the terminal industry also include six other provincial and municipal enterprises such as Telecom, Mobile, China Unicom, and Guangzhou Jinrong.

At present, Shanghai has brought together various types of companies in the e-book industry chain, and has the basic conditions for establishing a complete industrial chain in terms of terminal solutions and content provision. According to the person in charge of the Shanghai Municipal Press and Publication Bureau, the e-book industry has been listed as the key to the "12th Five-Year Plan" for digital publishing in Shanghai. Last year, the output value of the digital publishing industry in the city reached 15.8 billion yuan, accounting for about one-quarter of the country's total output. An increase of 50.41%.

According to Hou Xiaoqiang, CEO of Shanda Literature, the OPOB One person One book fund will cooperate with the Shanghai e-book industry development alliance to jointly advance the e-book industry. In addition, the "Library of the Clouds" of Shanda Literature is open to all members of the alliance and is jointly expanding the industry cake of e-books.