The latest wireless technology makes it possible to abandon operators

2021-02-20 11:20:14
Cell phone signal coverage is very fickle. You may receive very good signals at home, and when you get to the company or the gym, it becomes jagged, and often the other operators in the same place have very stable signals. Even if your carrier can provide services that cover the entire city, you can bet that there is no signal coverage when you travel. Of course you can choose to roam to other networks, but your carrier will prefer its own signal tower, even if there are other better options around you. Roaming charges will also increase your bills quickly. It would be great if you could change the best operator in the sport based on where you are. Today it means you are forced to carry multiple SIM cards with you, and each SIM card has a different phone number. But in the near future, your phone may be able to change carriers without having to change your SIM card and mobile number - even if you are on the phone. 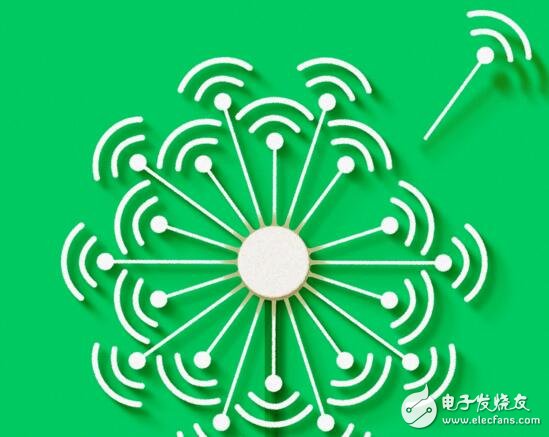 Today only one Google company provides its own cross-operator wireless service, but the situation of this one operation will not last long.

The fixed two-year contract will be a history because of the new subsidy policies offered by operators like T-Mobile and Apple. But change has never been easy. You still need to sign a new contract, migrate your mobile number, and replace it with a new SIM card. And even if your phone is unlocked, you will not be able to support the GSM network provided by AT&T and the CDMA network provided by Sprint and Verizon because the carrier you choose at some point. But change is happening. If you want to try to see a clearer future in 2015, check out Google's Fi project. The Fi project, currently only invited to participate, is a wireless service that can support both T-Mobile and Sprint networks. The choice of operators is based on who is better. If there is a local wireless WIFI that can be accessed, it will be transferred to this WIFI, and even the phone will be transmitted via WIFI. Unlike the current need to pay a monthly fee to T-Mobile and Sprint, customers only need to pay Google a total fee, and Google will settle with the operator.

The magic behind Google Fi is a new SIM card produced by a German company called G&D (Giesecke & Devrient). A SIM (referred to as a Subscriber Identity Module) card is essentially a small computer that handles complex telephone number authorization services when switching between different towers. Traditional products typically have built-in intelligence to authorize an operator's tower, while G&D's SIM card is licensed by Google to multiple operators, including GSM and CDMA wireless networks. This allows Google's phone to pick the best carrier service at any time.

This is a complicated process, and some of the knots have not yet been fully solved. This may be why the comments of the project Fi are so mixed. Moreover, the project Fi is temporarily open only to a small number of people. Google has only supported two network standards for the time being, and maybe neither of them would be willing to launch a large-scale promotion of the service (not very good in the case that AT&T and Verizon did not clearly indicate). And although it can transfer your phone from the mobile phone network to a better WIFI network, it can also switch the process to connect your WIFI phone to the mobile phone network.

There is no doubt that Project Fi currently fully supports Google's Nexus phone model. The company has just announced support for several tablets, including certain models of iPad and Samsung's tablet, but the project Fi will only support data services instead of voice services, and for those supported devices, they will use T -Mobile's network without going through Sprint.

Today Google is the only wireless data service that offers cross-operators, but this situation won't last long. Apple's latest iPad also launched its own cross-operator "Apple SIM" card that supports multiple carriers, including AT&T (but not including Verizon). The difference is that you can only choose one unique carrier at a time. Apple does not support online switching operators, and currently does not sell with mobile phones. But you can see this destined trend. If Apple's nuclear Google can launch this service, other mobile phone giants such as Microsoft, Samsung and Xiaomi should also follow suit.

The question is how easy it is to change phones of different brands.

Operators will certainly not like this. But if the market guides them so much, they have no choice but to follow. In response to the competition of traditional large telecom companies, T-Mobile and Sprint are more inclusive of market trials. For example, T-Mobile is the first of the four major telecom companies to offer a monthly subscription fee for paying monthly mobile service charges, so that you can easily carry your mobile phone to other operators. Sprint and Verizon followed T-Mobile this year and completely canceled the two-year contract.

Project Fi or other cross-operator services may train AT&T and Verizon for small operators and may eventually enter the future with strong competitors. Cross-operator services also open a door for some smaller mom and pop stores and start-up wireless service companies that are unable to provide full coverage in multiple cities or even multiple communities, allowing them to provide higher speeds for some small areas. Stable service.

The question is how easy it is to trade a different brand of mobile phone. It's not necessarily a good thing to get out of a relationship with an operator because it means a new relationship with Apple, Google or Microsoft. But at least you don't have to worry about being the only one in the party who has a bad signal.

Product categories of E-bike Battery, we are specialized in manufacturers from China, Electric Bike Battery Supplier suppliers/factory, wholesale high-quality products of  manufacturing, we have the perfect after-sales service and technical support. Look forward to your cooperation!