Possible reasons for the damage of the science LED lamp beads 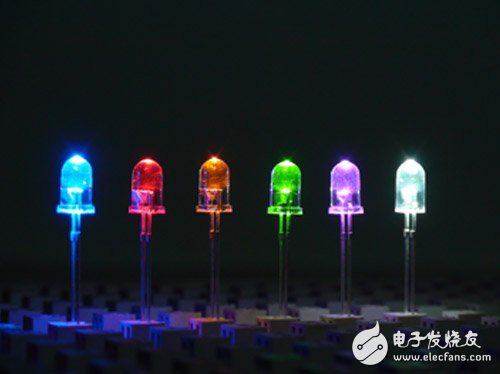 The reason for the LED dead light is nothing more than two cases: First, the LED leakage current is too large, causing the PN junction to fail, so that the LED Light does not light up. This situation generally does not affect the operation of other LED lights;

Second, the internal connection lead of the LED Lamp is disconnected, causing the LED to have no current to pass through and generate a dead light. This situation will affect the normal operation of other LED lamps, because the LED lamp has a low operating voltage (red, yellow and orange LED operating voltage). 1.8V-2.2V, blue green white LED working voltage 2.8-3.2V), generally have to be connected in series and parallel to adapt to different working voltages. The more LED lights in series, the greater the impact, as long as there is one LED The internal wiring of the lamp is open, which will cause the entire LED of the series circuit to be off, which is more serious than the first case.

Analysis and discussion of the cause of LED dead lights

Static electricity damages the LED chip, causing the PN junction of the LED chip to fail, and the leakage current is increased. It becomes a resistor. The static electricity is a very harmful devil. The number of electronic components damaged by static electricity all over the world is countless. Ten thousand dollars in economic losses. Therefore, it is an important task in the electronics industry to prevent static electricity from damaging electronic components. LED packaging and application companies should not be taken lightly. Any problem in one link will cause damage to the LED, making the LED performance deteriorate or even fail. We know that the human body (ESD) static electricity can reach about three kilovolts, which can damage the LED chip. In the LED packaging production line, the grounding resistance of all kinds of equipment meets the requirements. This is also very important. Generally, the grounding resistance is 4 Ohm, in some cases where the requirements are high, the grounding resistance should even reach â‰¤ 2 ohms. These requirements are familiar to people in the electronics industry. Whether the key is in place during actual execution and whether there is a record.

The human body static electricity is also very harmful to the LED. It should be worn with anti-static clothing when working. It should be equipped with an electrostatic ring. The electrostatic ring should be well grounded. There is an antistatic effect that does not need to be grounded. The antistatic effect is not good. It is recommended not to use the belt. This kind of product, if the staff violates the operating procedures, should receive corresponding warning education, and also play a role in notifying others. The amount of static electricity in the human body is related to the different fabrics worn by people and the physical fitness of each person. It is easy to see the discharge between clothes in the autumn and winter nights. The voltage of this electrostatic discharge is three thousand volts.

The ESD value of the tantalum carbide substrate chip is only 1100 volts, and the ESD value of the sapphire substrate chip is lower, only 500-600 volts. A good chip or LED, if we take it by hand (the body does not take any protective measures), the result can be imagined, the chip or LED will be damaged to varying degrees, sometimes a good device passes our hands It is inexplicably broken, this is the fault of static electricity. If the packaging company does not strictly follow the grounding procedures, the company will suffer losses, which will result in a decline in the product qualification rate and reduce the economic benefits of the enterprise. If the equipment and personnel are also poorly grounded, the LED will be damaged. It is inevitable. According to the requirements of the LED standard manual, the lead wire of the LED should be no less than 3-5 mm, and be bent or soldered, but most application companies do not do this, but only the thickness of a PCB board (â‰¤ 2 mm) is directly soldered, which will also cause damage or damage to the LED, because too high soldering temperature will affect the chip, which will deteriorate the chip characteristics, reduce the luminous efficiency, and even damage the LED. This phenomenon is not uncommon. Some small enterprises use manual soldering, using 40 watt ordinary soldering iron, the soldering temperature can not be controlled, the soldering iron temperature is above 300-400 Â°C, too high soldering temperature will also cause dead light, LED lead expansion coefficient at high temperature is about 150 Â°C The expansion coefficient is several times higher, and the internal gold wire solder joint will open the solder joint due to excessive thermal expansion and contraction, resulting in a dead light phenomenon.

2.1 The packaging enterprise's production process is not complete, and the incoming inspection method is backward. It is the direct cause of the LED dead light. Generally, the LED is packaged by the bracket. The bracket row is made of copper or iron metal material and punched by precision mold. More expensive, the cost is naturally high, affected by fierce competition factors in the market. In order to reduce the manufacturing cost, most of the market adopts cold-rolled low-carbon steel to bring stamped LED brackets. The iron brackets are silver-plated and silver-plated. One is to prevent oxidation and rust, and the other is to facilitate welding. The plating quality of the bracket row is very important. It is related to the life of the LED. The treatment before plating should be carried out in strict accordance with the operating procedures. Derusting, degreasing and phosphorus The process should be meticulous, the current should be controlled during electroplating, the thickness of the silver plating layer should be controlled well, the plating layer is too thick and costly, and the thickness is too thin to affect the quality. Because the general LED packaging companies do not have the ability to test the plating quality of the bracket row, this gives some electroplating companies the opportunity to make the plating of the plated silver plate thinner and reduce the cost. The general packaging enterprise IQC is on the bracket row. The inspection method is lacking, and there is no instrument for detecting the thickness and fastness of the plating layer of the stent, so it is easier to get away with it.

Some of the stents are rusted after being discharged in the warehouse for a few months. Don't say that they are used. It shows how bad the quality of plating is. The products made with such brackets are definitely not used for a long time. Don't say 30,000 hours, 10,000 hours are a problem. The reason is very simple. There is a period of time in the south wind days. This kind of weather has a large humidity in the air, which is easy to cause the electroplating of the metal parts with poor plating, which makes the LED components ineffective. Even if the packaged LED is too thin due to the silver plating layer, the adhesion is not strong, and the solder joint is separated from the bracket, causing a dead light phenomenon. This is the well-used lamp that we encountered is not bright, in fact, the internal solder joint is separated from the bracket.

2.2 Every process in the packaging process must be carefully operated. Any negligence of any link is the cause of the dead light. In the point, the solid crystal process, silver glue (for single solder chip) is much less and less, more glue Will return to the chip gold pad, causing a short circuit, less chip and not sticky. The double-solder chip is also the same as the point-insulating glue. When the point is too much, the insulating glue will return to the gold pad of the chip, causing the solder joint to cause a dead light. The point is less sticky and the stick is not strong, so the dispensing must be just right, neither too much nor too little. The welding process is also critical. The four parameters of the pressure, time, temperature and power of the gold ball welder should be just right. In addition to the fixed time, the other three parameters are adjustable. The pressure should be adjusted moderately and the pressure is high. It is easy to crush the chip. If it is too small, it is easy to solder. The welding temperature is generally adjusted at 280 Â°C. The adjustment of the power refers to the adjustment of the ultrasonic power. It is too big or too small to be good. To be moderate, in short, the adjustment of the parameters of the gold wire ball welder is good. The material is â‰¥6g by the spring torque tester, which is qualified.

Use the lighter to heat the LED lead to 200-300 Â°C, remove the lighter, and connect the LED with the positive and negative electrodes with a 3 volt button battery. If the LED light can be lit at this time, but the lead temperature is lowered. The LED light changes from bright to off, which proves that the LED light is a virtual solder. The reason why the heating can be lit is to use the principle of thermal expansion and contraction of the metal. When the LED lead is heated, the expansion elongation is connected to the internal solder joint. When the power is turned on, the LED can normally emit light, and the LED lead shrinks with the temperature drop. Return to the normal temperature state, disconnected from the internal solder joints, the LED light will not light up, this method is tried and tested. The two soldered dead lights are soldered to a metal strip, soaked with concentrated sulfuric acid to dissolve the external colloid of the LED, and the colloid is completely dissolved and taken out, and the soldering of each solder joint is observed under a magnifying glass or a microscope. It can be found whether it is a welding or a second welding problem. It is the parameter setting of the gold ball ball welder, or other reasons, in order to improve the method and process to prevent the phenomenon of the virtual welding from happening again.

However, even in the exhibits at the China Electronics Show, users who use LED products will encounter dead lights. This is the phenomenon of dead lights after the LED products have been used for a period of time. There are two reasons for dead lights. Open-circuit dead lights. The welding quality is not good, or the quality of the bracket plating is problematic, and the LED chip leakage current will also cause the LED light to be off. Nowadays, many LED products do not have antistatic protection in order to reduce the cost, so it is easy to cause damage to the chip by induced static electricity. Thundering in rainy days is prone to high-voltage static electricity on the power supply line, and the spikes on the power supply line will cause LED products to suffer different degrees of damage.