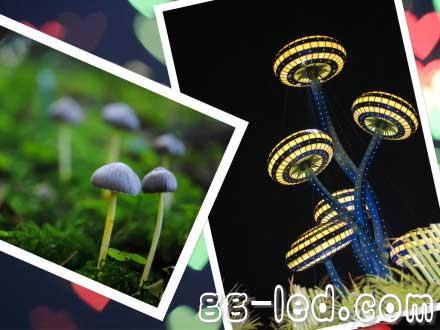 It is understood that the entire "mushroom" light source is a total of 18 kilowatts, about 18 kilowatt hours an hour, and a night light 4 hours, the actual cost is less than 100. Han Qiwen said that this also fully reflects the superiority of LED energy saving, which was not available in the past with other light sources such as cold cathode tubes and neon lights.