Tesla Model3 trial production or price of 350,000 next year delivery

Tesla piloted the production of the economical electric vehicle Model 3 on February 20, which caused strong concern in the automotive industry and the capital industry. 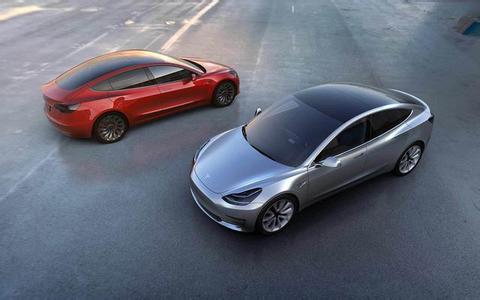 Model 3 began pre-sales last year. Once the trial production, it means that the owner who paid the deposit may see the current car running on the road in a short period of time.

According to statistics, consumers around the world have booked 373,000 Model 3s so far. According to the previous timetable, Tesla plans to officially launch the Model 3 electric car in the second half of 2017, and will begin delivery in 2018.

However, car production is a huge system engineering, from hundreds of suppliers to production deployment, trial production only means that the design of the production line is initially completed. Trass has not yet announced the number of trial production Model 3, which is expected to be small in the industry.

Tesla expects to officially start production in July. At that time, it is the prelude of Tesla Model 3 really entering mass production. In the production of traditional automobiles, there is a general stage of capacity climbing, which takes half a year to one year, so that the entire supply chain can form a reasonable mechanism, and the production capacity of each component manufacturer reaches an ideal scale. The large-scale production of Tesla Model 3 on a large scale may be pushed back to mid-2018.

The innovative Tesla models face greater challenges in mass production than traditional car companies. There are many mature parts in the supply chain, and some even have special development and construction for Tesla, which is not only costly, but also difficult to guarantee the production plan. During the delivery of the Model X SUV, there was a delay of three years after the delay, which was a frustration for the Tesla team.

The Tesla Model 3 pre-sale price is set at $35,000, which is a relatively low price and may become a true star model for Tesla. Model 3 is also the first test for Tesla products to become popular, forming a larger sales scale. Last year, Tesla sold only 75,000 units and did not complete the sales target of 80,000 units.

At present, Tesla has not yet achieved domestic production in China and is sold in imported models. According to Tesla's insiders in China, 21st Century Business Reporter estimates that Tesla Model 3 imports are sold in China and the price may reach RMB 350,000. The reason why the price is higher than the US market of 100,000 yuan is that the tariffs and logistics fees are shared.

To achieve large-scale sales of Model 3 in the Chinese market, the most feasible way is to establish a local production base. In the past two years, news about Tesla's settlement in China has skyrocketed, dozens of cities and regions have been involved in this scandal, but Tesla has not been able to finalize it.

Tesla China under the star's aura seems to be playing a "multi-angle love", and the government investment departments of various cities flocked to snatch the Tesla project. However, according to people who have been exposed to the localization of Tesla, after long-term looting, many local government departments have begun to re-evaluate the support costs and commercial value of Tesla's domestic projects, and how much premium can be generated.

Tesla was "hot" with an innovative image, but its aura is also dimming. The products currently sold by Tesla, from the subversive effects of product innovation and business models, have been difficult to break through the traditional car giants such as Mercedes-Benz and BMW. In terms of cost and industry chain organization, traditional car companies are also pulling away from Tesla.