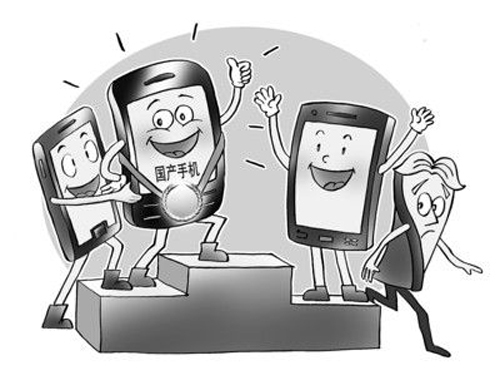 In recent years, the smart phone market in China has been rampant, hunger marketing, eyeball marketing, dual pricing, and Internet buying. People are already somewhat fatigued. What makes Chinese manufacturers embarrassingly is that, despite all sorts of marketing, it is still Apple's iPhone that has made the most profits in China. The marketing of iPhone is certainly not bad, but iPhone is not just marketing. The patent that has recently exploded is proof.

Speaking from the camera patent

Simply put, the red, blue, and green three-color splitting mode of the traditional 3CCD camera is adopted, and the incident light is separated according to the frequency spectrum. This eliminates the need to process the color channel or guess the color in the Bayer arrangement, thereby enhancing the resolution and the color performance. The 3CCD solution requires 3 CCDs, which are relatively large and difficult to use on mobile phones. Apple's small universe broke out and adopted a cube-like layout on the sensor. By coating each interface with an optical coating, specific wavelengths of incident light can be emitted onto an adjacent tetrahedron. The three wavelengths red, green, and blue can be resolved and sent to the "cube sensor."

In this way, the three faces of the cube receive different colors, respectively, and the entire cube can be made small and stuffed into the cell phone. In effect, this design solves the color problem firstly, and secondly, it expands the CMOS area by three times and enhances the picture quality and low-light performance. It is envisaged to be very genius.

Apple is just a mobile phone manufacturer, not a video camera, digital camera, but in the depth of research and solutions, Apple has even surpassed some digital camera and video camera manufacturers, which shows that Apple pays attention to technology research and development. Apple's success is not simply relying on marketing. The R&D and innovation behind marketing is the lasting driving force.

Since about 2013, the high-end smartphones have been homogenized. Everybody uses Qualcomm's latest CPUs, all of them use Sony's cameras, and they all use JDI's screens. Different brands of mobile phones are separated by almost no difference. Everyone is an integrator and it's just advertisements and prices.

And Apple has its own operating system, iOS, developed its own CPU that surpasses its rivals in an era, and firmly grasps the advantages of technology, which is followed by a high premium.

Apple can make a lot of profits in the industry. In addition to marketing, it is very important that the iPhone is leading in technology and experience.

Domestic manufacturers also do a better job. In 2012, Vivo bravely used professional sound card DACs on mobile phones to create the concept of HIFI mobile phones. With the same MTK chip mobile phones, vivo can sell 2,500 yuan, while competitors only Can sell 1,000 yuan, this barrier was not broken until 2014, in recent years vivo earned excess profits.

Similarly, Huawei developed its own processor and developed its baseband. As a result, the result will be the same as in 2014. When other domestic companies look at Qualcomm and MTK, Huawei will be able to launch various chips without restrictions. Mate7 has achieved great success. This is also the power of R&D. . Only research and development can make features and make differences in the era of homogenization. Only the advantages and differentiation of experience can bring premiums to the brand. When marketing is red, innovation red I.

Do not ask for the end

Domestic mobile phones have continuously improved their profitability and brand value by creating star models. The main battlefield of mobile marketing has shifted from offline to online, and the number of sub-brands or new brands of the Internet has frequently gone out. The trend of â€œcross-borderâ€ is obvious. In recent years, under the influence of Xiaomiâ€™s marketing success, various manufacturers have placed their emphasis on marketing, advertising, naval forces, and conferences, and spent large sums of money. The final product is simple integration without innovation.

This is the reason why HTC has continued to decline in recent years, and there is a not too good momentum. Chinese domestic manufacturers also have this trend. Firms are willing to make products that are willing to pursue breakthroughs in the core technology of upstream manufacturers. There is hardly anyone to do. Everyone is keen to make a similar product and then pay for marketing. Without boutiques, there is no profit. Therefore, although Chinese manufacturers have enjoyed a good share in the past few years, their profits are poor. Xiaomi's patent litigation in India encountered Ericssonâ€™s preparations for making a loss. This shows that some Chinese mobile phone manufacturersâ€™ product premium capability is too low, while low premiums are behind low technology content.

Re-marketing R&D can have a short-term share, but there will be no word-of-mouth and long-term profits. Chinese mobile phone manufacturers should not seek to find a solution.