What does China rely on to lead the 5G era?

At the 2015 World Mobile Communications Conference, ITU Secretary-General Zhao Hou-scale publicly stated that he hopes that China can continue to advocate new technologies and contribute to 5G. This kind of indication with national significance is quickly combined with the enthusiasm of the domestic telecommunications industry to explore 5G. A large number of telecom technologies have been disclosed, many projects have surfaced, and the critics are also optimistic. It seems that China will soon lead 5G. The same as the times. 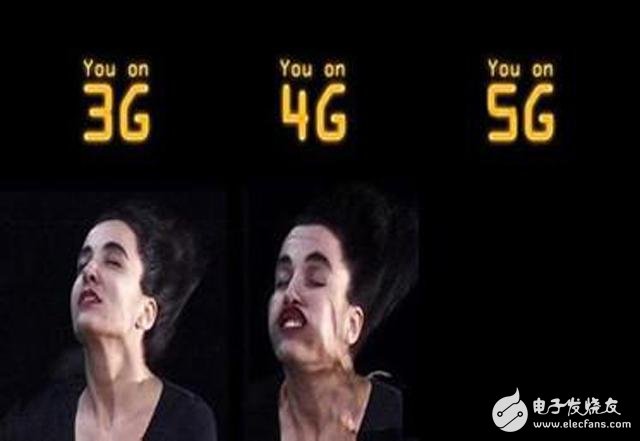 It is true that the enthusiasm here is somewhat exaggerated, but it is not a fantasy. The Secretary-General of the ITU can support China in public, and in addition to his nationality, it is also derived from the environment of China's telecommunications industry. As we all know, China Telecom is in a state of follow-up in the 2G/3G era. From communication standards, to grassroots technology, to terminal equipment, we are almost completely behind Europe and the United States. GSM does not need to be described. The world's communication market is shrouded in this big network. In the 3G era, although there are some breakthroughs in standards, TD-SCDMA barely calls it an international standard dominated by China, but it is still an island technology. On the terminal side, the highest achievement of Chinese manufacturers is only the cottage dynasty around 08 years ago. And the top 5 shipments 12 years ago.

However, since the 4G era, China's telecom industry has been operating frequently. Equipment vendors Huawei and ZTE have gained worldwide popularity. In particular, Huawei is able to compete with international giants such as Cisco and Ericsson. In terms of terminals, Chinese mobile phone manufacturers have risen in 2014. For example, Xiaomi, ZTE and other mobile phones, although slightly less than Apple, Samsung, but in terms of shipments and 4G terminal research and development, they are not behind.

Based on these backgrounds and the fact that 5G has not yet taken shape, China still has the hope to catch up. Although it is impossible to lead the competition, it will not fall behind. Moreover, China's telecom industry has market advantages and administrative backing.

According to the rough definition of ITU, the core attribute of the 4G era is high-speed network. In fact, the existing 4G technology can achieve 10 times the speed of the 3G era, and the core of the 5G era should be the ubiquitous network. In the 5G era, consumers no longer have to go to KFC for WIFI. Moreover, from these definitions, a large part of the focus of the 5G era is determined by market factors, because China's â€œubiquitousâ€ and Vatican's â€œubiquitousâ€ are vastly different, not to mention, the Chinese are on mobile phones. The dependence of the network has far exceeded the imagination of the world. 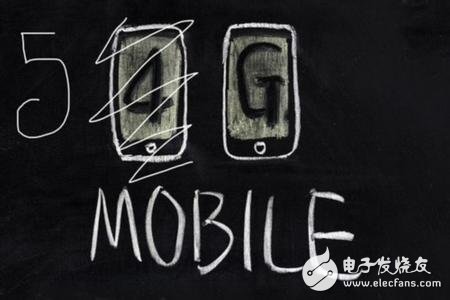 When it comes to market advantages, it will always make people scorn, not to mention that in many fields, the Chinese have not fully utilized the market advantage. Instead, they have made some foreign companies earn a lot of money, such as Apple, such as Nike, etc. The particularity determines that China will be cautious about market advantages, and China's telecom industry has never been open to foreign capital. This is not conducive to full competition, but it also largely guarantees independent development. This protection measure is played in the 4G era. The ground is full. For example, in the past few years, the share of TDD was only about 25% of the FDD share. However, through two years of efforts, China Mobile's 4G TDD users have reached 100 million, and more than 700,000 base stations have been built. Nowadays, the market share is not related to FDD. Bo Zhong. A larger market share means more revenue, which means more capital for technology research and development and greater promotion advantages.

There is no doubt that the local market will become China's huge advantage in the 5G era, but whether it can turn the advantage into a winning advantage depends on the coordinated development of related supporting industries, related communication technologies, and related enterprise personnel training. Otherwise, it will be bigger. The market can only be the delicacies of other people!

In the 5G era, the standard of Chinese enterprises

The telecommunications industry has long been circulating a corporate rating system, presumably, first-class companies sell standards, second-tier companies sell technology, and third-rate companies sell goods. In fact, whoever has mastered the standards of the communications industry, who can control the voice of the world, can also make a windfall by the way, and the formulation and promotion of this standard is like a war, not only determined by the standard quality itself. It is more determined by the advantage and promotion of the run. In the early years, the Internet Protocol TCP/IP was first applied to network transmission. Later, the International Telecommunication Union re-developed a more perfect protocol, but it could not be promoted because TCP/IP has been deeply rooted in people's minds. This is called robbing. Run advantage. Therefore, China really has to be ambitious to lead the 5G era, and must occupy the high standard of technology. 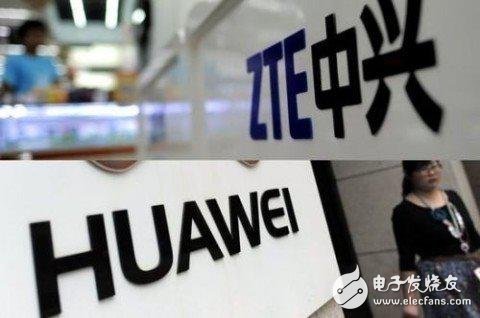 In fact, if China wants to lead the 5G era, the local market constitutes a giant's drive, but the internationally influential enterprise is the soul of the giant. At the World Mobile Congress, Chinese companies have begun to emerge and attracted the attention of international forces. Among them, ZTE officially released the baseband RF integrated Pre5G base station, and it has pre-commercial conditions; Huawei is more fierce, high-profile display of 5G network architecture and 5G new air interface technology set. But the topic left to Chinese companies is far more than just communication technology.

In the blueprint of the 5G era, in addition to the basic attributes such as ubiquitous networks, the more advanced scenes should be â€œWan Internet of Thingsâ€. Especially after the promotion of Industry 4.0, 5G technology will be the main force for the upgrading of traditional manufacturing. This means that the standards of the 5G era should be a comprehensive standard, which requires seamless cooperation between telecom companies and experts in other fields. In the context of China, it may be possible to use the government to achieve such cooperation. For example, Huawei has become the world's second-largest telecom equipment supplier. However, in the 2G/3G era, Huawei is more focused on operators and sells network facilities. If you really want to participate in the development of 5G standards, you need not only Give full play to the advantages of the entire pipeline in the operators, enterprise networks, and terminals. It is necessary to give full play to the influence of its brands and accumulate the experience of various traditional industries. In short, it is a systematic war for China to obtain the custom of 5G standards. !

The picture of the 5G era is too beautiful?

Frankly speaking, the author's ambition to lead the 5G era in China is not optimistic, but also does not want to pour cold water. The most appropriate description may be "everyone should have a dream, if it is realized!" In fact, China's telecom industry in recent years It has also achieved very gratifying results. The most dazzling companies should be Huawei and ZTE, especially Huawei. They and Ericsson are on the same level in the exploration of 5G standards, and terminal manufacturers are actively exploring, and Xiaomi even cooperates with chip makers to develop independently. In the traditional manufacturing industry, it is actively exploring Industry 4.0. For example, Foxconn is taking advantage of its huge capital advantages to deploy Big Data and Industry 4.0 one step at a time. More coincidentally, Huawei and Foxconn are neighbors, ready to conduct information. As for the exchanges, the three major operators are also the most innovative departments in China. They are constantly reorganizing and exploring new business models. It is one of the few oligarchs that can treat consumers as God. 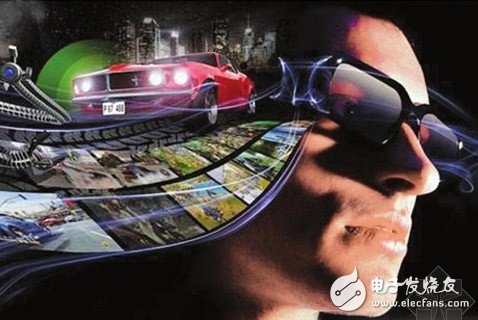 It can be said that the achievements made by Chinese telecom people using the local market, technology precipitation and some administrative forces are making Chinese telecom people start a better future. At least, we should not be subject to people in the 5G era, and we do not want to pay high patents. Fees, and the NDRC does not have to fine Qualcomm.

In the 5G era that I can imagine, the ubiquitous network is only the lowest level of attributes. In fact, the 5G era is really not a simple network upgrade and base station increase, but also brings a new economic and business model, and will also have a deeper impact. Social operation.

In fact, the pursuit of human experience is endless, and the pursuit of bandwidth and traffic is even more tireless. From 30M to 100M to 300M, I can't wait for WIFI to continue. The earliest web applications were browsing text, pictures, and later images, and then HD was uncoded. In the 5G era, virtual reality applications will become the most widely used applications. At that time, people from different regions will transform themselves into images through the network, thus creating more realistic scenes, the most primitive applications and CCTV Spring Festival Evening. "Almost, in fact, companies such as Google and Facebook have set virtual reality as one of their future strategies. As mentioned above, the 5G standard will become an important promoter of Industry 4.0. Based on the huge traffic foundation, traditional manufacturing can transform its own ideas and endless efficiency requirements into telecom behaviors, such as real-time alarms for big data analysis. The system, etc., can increase the assembly productivity of the iPhone by 30%.

Finally, the 5G era will completely subvert the traditional economy and life. The composition of Chinese ambition should not only focus on the billion-dollar market, but also think about some advanced issues such as â€œchanging the worldâ€! 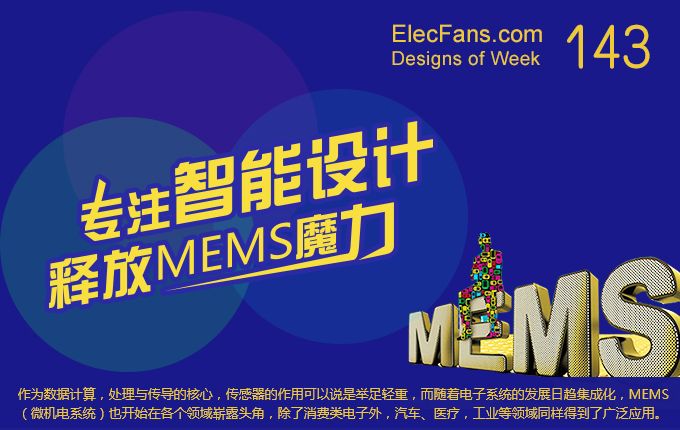 In most cases, today you're better off using rechargeable batteries over disposable ones. ... And you wouldn't lose much performance: The best rechargeables can power your devices on a single charge for just as long as most high-quality single-use batteries can, but at a fraction of the cost over time.

Choose between nickel and lithium batteries. Watch for the memory effect with your NiCd batteries. The battery life decreases when you recharge the battery before it is fully depleted. ...Choose a lithium-ion (Li-ion) battery if you want to be able to charge it at any time.