MSP432: A perfect match for low power and high performance

Can power and performance have both? The answer from the MSP432 MCU is: Of course. The MSP432 is a very low power 32-bit ARM Cortex-M4F MCU from Texas Instruments (TI), the MSP432TM microcontroller (MCU) platform. 32 in the MSP 432 represents that the MCU is 32 bits. By leveraging TI's expertise in ultra-low-power MCUs, these new MCUs optimize performance while avoiding power loss, while their effective and standby power consumption is only 95Î¼A/MHz and 850nA, respectively. 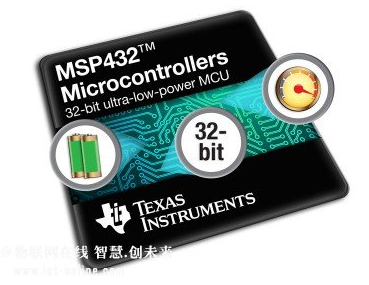 The MCUs on the market mainly focus on two main features: one is low power consumption, such as applications with a lot of sleep time; the other is high performance, such as applications with high requirements for electrical control and data driving. In addition to the above two features of TI's MCU, TI also supports more than 14 wireless standards in the wireless MCU part. It supports multiple standards on the same platform through a multi-standard wireless MCU platform, making it easier for users. IoT products are designed more easily, including applications such as building control, wearables, and sensing. 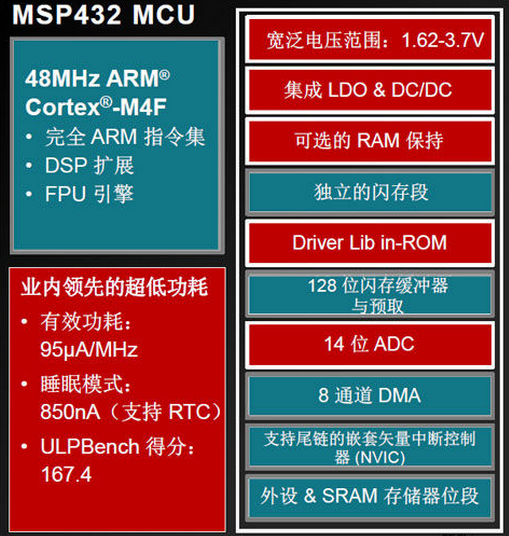 However, changes in the current design process are happening at any time. For example, an application may only need a simple MCU with 2 sensors, but when the new product comes out, the engineers find that they need to increase the sensor to 5, so they need a more powerful MCU for computing functions, and do not change the battery. Life expectancy. This is why TI MSP432 was born. In the words of Miller Adair, general manager of Texas Instruments' ultra-low-power MSP microcontroller business unit, engineers can now opt out of choosing between low-power or high-performance MCUs. With the MSP432 platform, they can have low levels at the same time. Power consumption and high performance.

Why can the MSP432 platform have both low power and high performance?

First, the MSP432 core uses ARM M4F, which has a high performance M4, plus floating-point computing, M4F and the competitor's M0+ have 10 times performance improvement. Looking at the Coremark industry standard, the Coremark portion of the MSP432 can reach 3.41/MHz. But the kernel can't determine the overall performance, and the peripheral part of the kernel is equally important. TI spent a lot of time optimizing the periphery of this product. MSP432 products can be read and written simultaneously in the Flash section, and the original data can be deleted.

Second, put the MCU driver part in ROM instead of Flash, so that users can run their software faster when doing C programming. This allows the driver in ROM to execute 200% faster than in flash.

Third, the MSP432 product has a built-in 14-bit DAC, which can achieve 13.2ENOB performance under actual measurement, and integrates a reference comparator to support differential input.

Fourth, in order to achieve low power consumption, TI integrated DC/DC in the MSP432 product, which can reduce the overall power consumption by 40% compared with the previous LDO. In the case of sleep, the previous practice still has to continue to supply power to ensure that the SRAM data can be retained. The MSP432 MCU includes a unique optional RAM retention feature that provides dedicated power to each of the eight RAM segments required for operation, thereby reducing power consumption by 30nA per segment, reducing overall System power.

Fifth, many sensor applications require ADCs to collect data. The 14-bit ADC sampling speed of the MSP432 is five times faster than the original MSP430 ADC. When using a 14-bit ADC, the energy consumption of the sampling sensor is only 1 MSPS. There is 375uA, which is very energy efficient. At the same time, the sampling speed of the ADC is adjustable, even at the lowest power consumption can achieve 200Î¼A level.

Sixth, when the MCU is working, the driver will always run, so it will affect the power consumption of the MCU. The MSP432 puts the driver directly in the ROM and reduces the power consumption by 30% compared to placing the driver in the Flash. In this way, the saved Flash can be directly used by the user to store data or data. Especially exciting for engineers, whether it is MSP430 or MSP432, or wireless application MCU, TI's API driver is universal and compatible, which allows engineers to focus on their high-level language programming without paying attention to the underlying conversion work, saving them Development time. 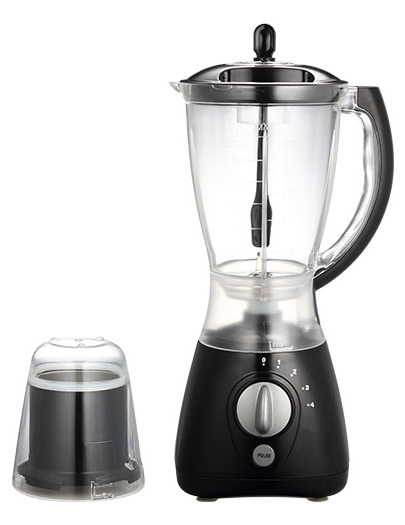