The Unreal Engine, like the Unity Engine, becomes the current two major VR engines. A lot of VR content was developed by these two platforms. And Tim Sweeney, the co-founder of Epic Game, the developer of the illusion, said that mobile VR is the final trend. 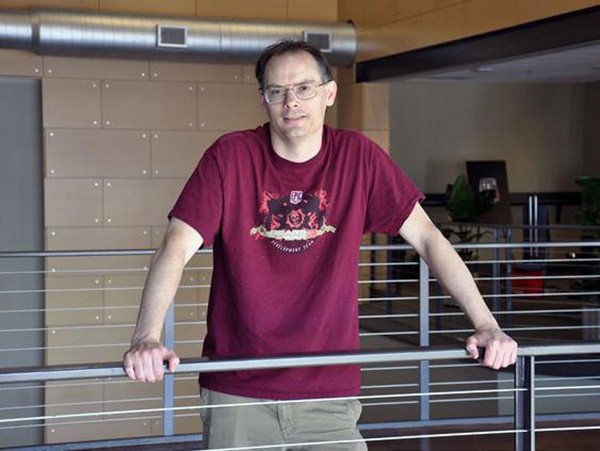 Tim said that in the future there will be "one billion users of hardware in mobile form," but he also admits it takes "ten years."

His reason is that the rapid development of mobile devices: "When people in the pocket of the device has 20 trillion floating-point performance per second (Note: device processing performance, the current mainstream game consoles such as the PS4 Pro has 4.3 trillion per second When Microsoft's Scorpio claims to have 6 trillion per second), what will the mobile VR evolve into? With a pair of sports glasses on the head, you can see computer images that are seamlessly connected to the real world and get What is the feeling of being completely immersed and what it will be like? It's all in the long term."

He believes that "this time will be 10 to 12 years," because the processing speed of mobile hardware is getting faster, so "this day will come" and he also said that the "processing bandwidth" of human eyes is limited ( Note: People cannot distinguish more than 60fps, which means that "the development of computing power to a certain extent is enough."

1. 4-IN-1 MOBILE CONTROLLER mobile game controller which combines Gaming Triggers, Silent cooling fan, Emergency charging bank and charging cable in order to improving and promoting your immersive gaming experience, which also could help you get a good score in the shooting games.

3. PLAYING WITH 4 FINGERS - Customize the button as you like, you can play shooting games with 6 fingers, such as aiming, shooting, moving, squatting, left tilted head and right tilted head at the same time. In addition, the turnover button can help you customize icon more easily.

4. SUPPORTED DEVICES & GAMES - Suitable for the majority of mobile phone, the max stretch width is 3.9inchwhich could compatible with the majority of shooting games, such as Rules of Survival, Knives Out, Survivor Royale, Critical Ops, etc.

5. EXCELLENT SERVICE - If our Mobile Game Controller have any problems, please contact us by email, we will replace the defective product for you as soon as possible, and we offer 12 months warranty.